Vignettes of the Asiatic Lion 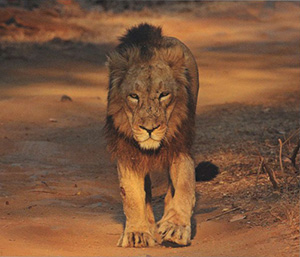 The exhibition presents 50 photographs capturing Dhruv Anant Wadkar’s work over two years in Sasan Gir, Gujarat. The 16 year old photographer, who is currently a Grade 11 student, has been calling Singapore his home for the last 3 years.

Dhruv has been taking pictures in the wild from the age of 7; Vignettes of the Asiatic Lion will be his third exhibition. His first exhibition was held in IGNCA, New Delhi, along with 32 other prominent photographers, while the second show, with his solo works of the Tigers at Ranthambore National park, was held in Hyderabad, India. His photographs of the Indian Tiger were also included in the 2013 WWF calendar.

In 2010, Dhruv was selected as the teenage Brand ambassador of The Wild Life Savers Society and Earth Matters Foundation. He completed his school project last year on ‘Parks of Singapore’.

Gir Sanctuary is the only abode to the Asiatic Lion in the world and is also celebrating 50 years of existence. With the Lion being the national animal of Singapore, the Indian teen would like to express his gratitude to Singapore in the country’s golden year with his exhibition, which celebrates the beauty of the last remaining Asiatic Lions.

More info on the young photographer’s works can be found here: www.dhruvwadkar.com