Wheel the World by Prabhakar Pachpute 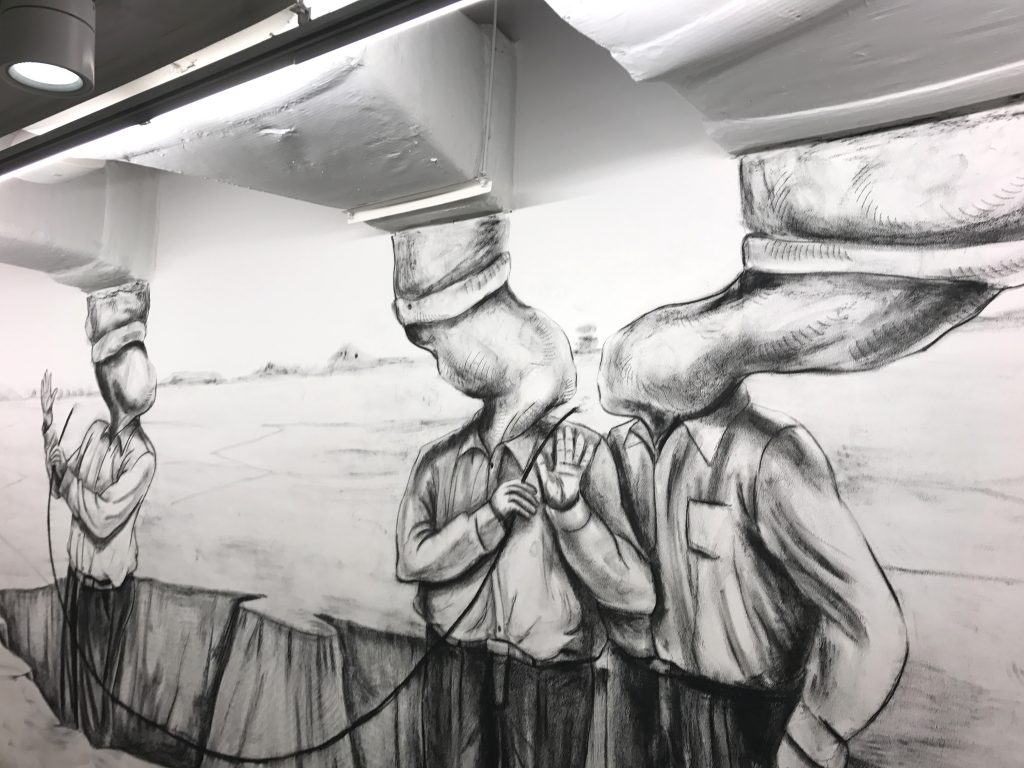 Prabhakar Pachpute was born into the third generation of a coal mining family in India. Making use of the same material in the form of charcoal and graphite, he draws meticulously-composed wall murals that depict labourers hard at work, wheeling out barrow after barrow of earth as they transform the world into modernity. The murals also convey the environmental and social impact created by these work sites, whether the mines are for diamonds, coal or gold, and the disparity between the profits generated by mining and the suffering and sacrifices they demand from the people who work and live around them. The artwork reflects on how societies pursue modern development without much consideration for humanity, often heedlessly destroying rich cultures along the way, and there is no way to restore them after they have been excavated.

Check out the other exhibitions at Esplanade from Apr-Jun 2017: https://www.esplanade.com/festivals-and-series/visual-arts/2017