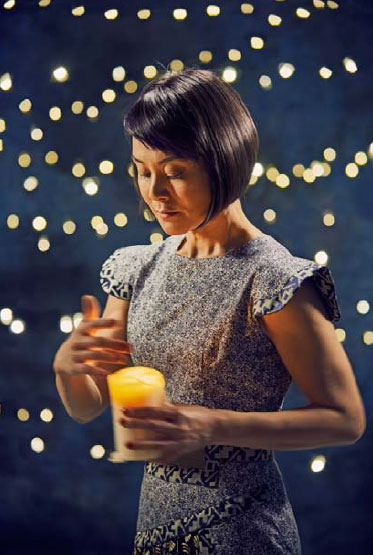 In 1999, The Necessary Stage presented Completely With/Out Character, a docu-theatre monologue devised by Paddy Chew, in collaboration with playwright Haresh Sharma and director Alvin Tan. The monologue was a candid account of Paddy’s experiences as the first individual to come out as a person living with HIV in Singapore. Unfortunately, Paddy passed on a few months after the end of the production. Since then, although medical advancements now allow HIV-positive individuals to lead relatively normal lives, the ignorance and prejudice surrounding AIDS still remain pervasive today.

With/Out is an interpretation of Paddy’s monologue, conceptualised by performance and moving-image artist Loo Zihan. It was first presented in 2015 to rave reviews as part of the M1 Singapore Fringe Festival. This 2017 commission by The Studios presents a reimagining of this monologue, and examines its relationship to the written and video documents.

Conceptualised by Loo Zihan
Based on Completely With/Out Character
Devised by Paddy Chew, in collaboration with Alvin Tan and Haresh Sharma
A commission by The Studios
Approximately 120 mins, with no intermission.
Contains some mature content. Recommended for 16 years and above.