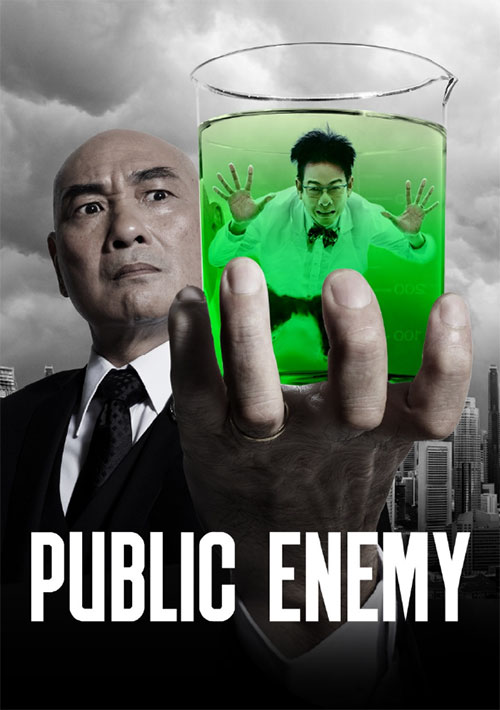 In April 2015, W!LD RICE will present a gripping new production of Public Enemy, Norwegian playwright Henrik Ibsen’s powerful classic about truth, democracy and the tyranny of the majority.

The production is part of W!LD RICE’s year-long imagiNATION season, which marks the company’s 15th anniversary and coincides with Singapore’s own jubilee celebrations. Each imagiNATION production takes inspiration from the five stars of the Singapore flag. Public Enemy kicks off this theatrical odyssey by challenging the easy assumptions associated with ‘Democracy’.

Written over 130 years ago, and better known as An Enemy of the People, Ibsen’s thoughtprovoking play remains startlingly relevant today. In a town intent on marketing itself as a world-class resort spa, one man discovers that the water supply is toxic. His decision to go public with the information pits him against his entire community.

“In the same year that Singapore is celebrating SG50, it felt fitting to me that we should look more closely at the ideas commonly associated with democracy,” says Glen Goei, W!LD RICE Associate Director and the director of this production.

“Ibsen’s play explores issues like the will of the people and the rights of minorities. Can one take precedence over the other? How do you make a difference when everyone around you would rather cling to the status quo?”

The cast of Public Enemy is led by two of Singapore’s finest actors. Ivan Heng takes on the role of Dr. Thomas Chee, a scientist who discovers the toxic truth, while Lim Kay Siu plays Dr. Chee’s brother – the mayor of their town who desperately wants to keep everything under wraps. They will be joined onstage by a powerhouse cast from Singapore and Malaysia, including Gerald Chew, Kee Thuan Chye, Serene Chen, Brendon Fernandez and Ghafir Akbar.

Public Enemy is also part of W!LD RICE’s ongoing series of Masterpiece Theatre productions, which include The House of Bernarda Alba, The Importance of Being Earnest and Animal Farm. Ibsen is the most frequently performed dramatist in the world after William Shakespeare. This production will feature an exhilarating new translation of Ibsen’s classic play by Scottish playwright David Harrower, which was staged to great critical acclaim in 2013 by the Young Vic in London.