Woman on Fire Looks for Water 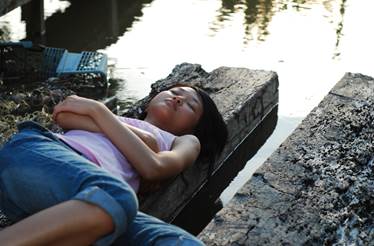 Woman on Fire Looks for Water tells the story of a father and son, and their relationships with the women in their lives. Ah Fei sells frogs from his motorbike, while his father, Ah Kan, is part of a dying breed of fishermen in an old coastal village. They share a quiet, but strong relationship. The film tells their story through beautiful images of an authentic fishing village, with an eye for local decay.

Director: Woo Ming Jin, Malaysia
Woo Ming Jin is the first Malaysian director with films featured in all three major festivals – Cannes, Berlin, and Venice. Ming Jin’s work as a filmmaker and photographer has garnered him a reputation as one of the most promising talents in East Asia. He is also the co-founder of Greenlight Pictures, a film and television production house based in Kuala Lumpur.