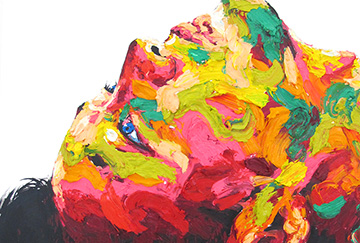 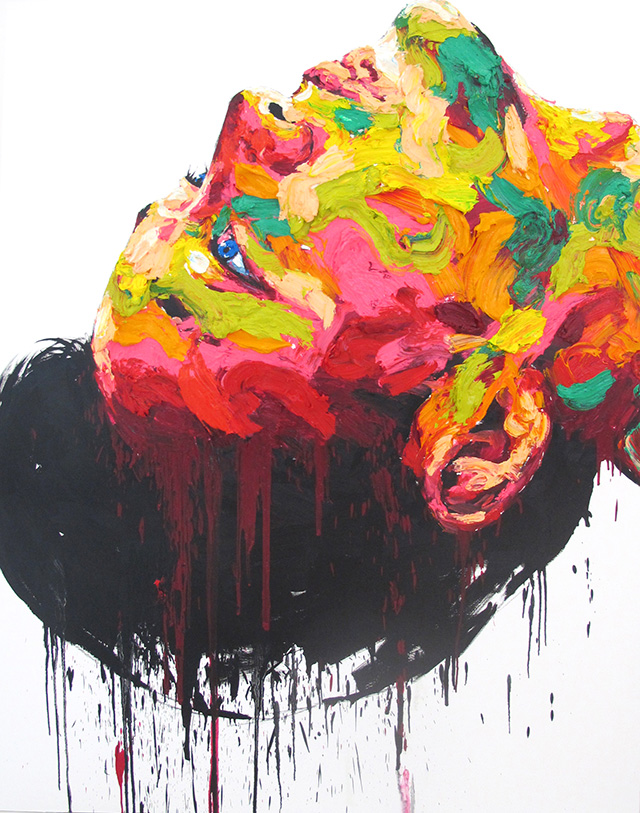 Shin Kwang Ho is one of Asia’s most sought-after young artists, known for his expressive painting style, characterised by bold strokes of oil paint that is applied in a thick impasto, an arresting use of vivid, primary colours, and a focus on his subjects’ eyes. Influenced by the German Expressionism movement, Shin believes that realism captures only the likeness of the model, rather than their emotions or those of the artist. Deliberately disregarding precise form and harmonious colour, he uses distortion and exaggeration to express and extend the inner life of his subjects into external reality.

For Face Me, Shin has created a number of figurative paintings in his trademark style. In a series of large-scale self-portraits, his own features meld together into colourful peaks and swirls, on lush and tactile canvases that draw viewers in for closer examination. In his portraits of other people – whether friends, family, acquaintances or strangers – Shin captures his own energy and emotions through movement and the application of paint, essentially transforming each image into an expression of himself. With these larger-than- life-sized self-portraits, the artist is required, along with the viewers, to look at himself in a very different, startling way. Complementing these self-portraits is a pair of paintings that depict his parents’ hands. Standing out amongst the faces, these two works serve as a poignant and quietly moving tribute to the hands that raised him.

Shin Kwang Ho (b. 1983) received his Bachelor of Fine Arts from Keimyung University in Daegu, South Korea in 2009. His works have been exhibited in solo and group shows in Korea, Germany and the USA. This is his first solo exhibition in Singapore and Southeast Asia.