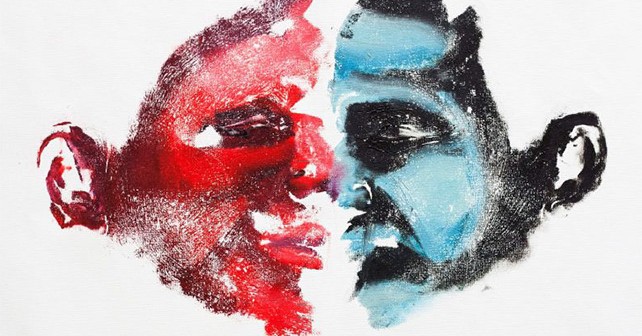 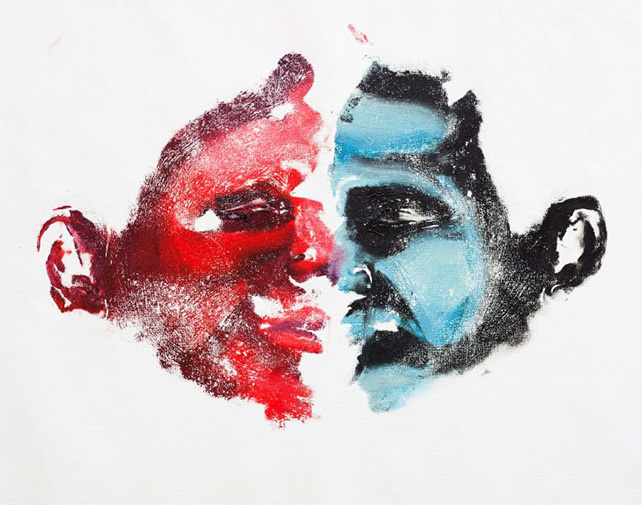 The exhibition FACING CHANGI presents a monumental painting in four sections measuring approximately one by five meters long featuring face-portraits of artist Nina11 and 21 male inmates from Cluster B at Changi Prison.

The immediate and original technique of making a self-portrait in which participants directly apply oil paint to each other’s face and then press their painted faces into canvases leaving a precise colourful bilateral face-print was created by Nina11. She has used this technique in her artworks for more than a decade. In 2011 when she was invited to conduct an art workshop at the prison’s Art Hub she was sure that it would be fun for the inmates to learn to create their own self-portrait using this experiential process.

Although unique, Nina11’s process of transferring the three dimensional facial features of a sitter onto a flat surface to create a portrait have been used in the past. The most well-known example is The Shroud of Turin, were not only the face, but the entire body of a crucified person was depicted by applying an unknown medium on the body and wounds of the deceased and then wrapping it into the length of linen cloths. In addition, several examples of Mycenaean gold funeral masks dating from around 1550 BC present flattened bilateral portraits created from chased and beaten gold sheets that attempt to directly depict the features of their subjects.

The common shared quality of these portraits is that the creators were trying to represent a deceased person’s precise physiognomy or their exact equivalent likeness as way to immortalise and preserve their image in perpetuity. However, and in contrast to this goal, Nina11’s concept for her Changi portraits was to simultaneously present the equality and differences of the inmates in real life, and moreover to involve them in the artistic process by bringing them excitement and laughter while they painted each other’s faces.

The artist believes that the FACING CHANGI portraits embody the unifying power of artistic expression while at the same time communicate the humanistic and intrinsic values that should be cherished by both socially deviant and socially acceptable individuals. 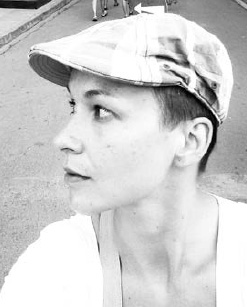 Nina11 lives and works between borders. She was born in the USSR, grew up in Russia, Syria, Greece, Cyprus and the UK. She holds an MFA, M.Phil. and Pd.D. in visual arts and communication. She has exhibited her work internationally since 2003. This is her second exhibition at INSTINC gallery following her show Facing Singapore four years ago.

Nina11’s work focuses on social themes related to human failings ranging from public terrorist acts to personal tragedies. She explores these subjects by creating site-specific installations, documentary photography, video and paintings. Her goal in creating art is to elucidate ideas of tragedy, life, death, and human suffering in a very direct manner where the experience of her artwork gives the viewer a brief moment of self-reflection and contemplation of the human condition.

One Response to “FACING CHANGI”