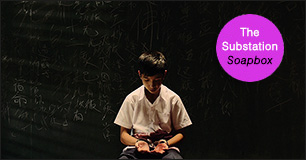 Filmmaker Nelson Yeo is the latest addition to The Substation’s Associate Artist Research Programme (AARP). Nelson’s work often delves into the personal, and his work has previously been showcased in events such as Singapore Short Cuts and the Experimental Film Forum. He recently co-curated Nightmare on Armenian Street, which featured 18 horror short films by Singapore filmmakers. His AARP project, Five Flavoured Tea of Forgetfulness, is an exploration into his oft-favoured themes of religion, spirituality and the self. Seeking to investigate the meaning of the soul in different traditions, the project features fictional characters as they research into the significance of the idea of the soul. Five Flavoured Tea of Forgetfulness will be presented on a website where Nelson will pen his thoughts, showcase short videos and track the progress of his research. 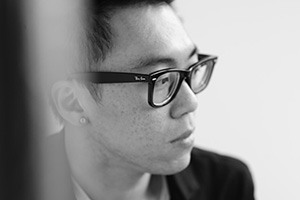 Nelson Yeo: The title of the project refers to the special brew prepared by Meng Po for the souls who are ready to be reincarnated in the 10th court of Diyu. It induces instant and permanent amnesia for the soul.

The project itself serves as a companion piece and also research for a feature film project that I am preparing. It seeks to investigate the meaning of the soul in different traditions.

I spent most of my childhood around joss paper and incense, because of my parents’ business. Hence I am particularly interested in the significance of Chinese traditional funeral rites and particularly, paper effigies. The project follows the two lead characters from my feature film as they guide us through a documentary about the significance of their souls.

I am working on this and the feature film version, titled Paper Soul. Hopefully, this project will serve as an excellent companion to that.

Nelson’s website will be launched in late February, watch The Substation’s Facebook page for details. To get a better feel of his work, watch Nelson’s short film, Nobody’s Home, on Viddsee. It was recently screened as part of the 7th Singapore Short Cuts.