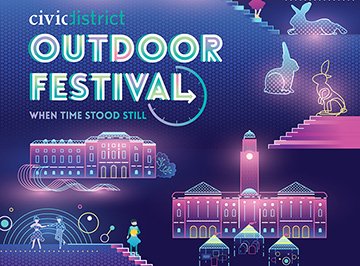 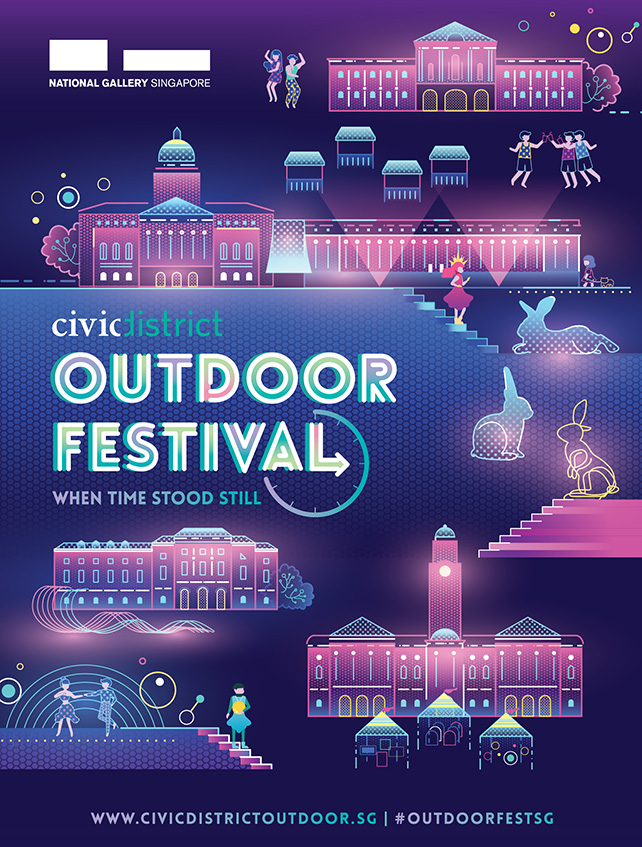 The Civic District precinct is set to transform with the inaugural Civic District Outdoor Festival: When Time Stood Still. Held over the first two weekends in August, visitors to the Civic District Outdoor Festival can look forward to an inaugural Projection Trail with multimedia projections being mapped onto four heritage buildings for the first time, including the façade of National Gallery Singapore. Put together by a Singapore creative team, this immense Projection Trail will be the largest outdoor multimedia circuit featuring the story of “Hemera’s Dream” through a poetic and imaginative exploration of the Festival’s creative theme.

The Civic District Outdoor Festival is presented by National Gallery Singapore, in partnership with The Arts House, Asian Civilisations Museum and Victoria Theatre & Victoria Concert Hall. Known as the birthplace of modern Singapore, the Civic District has been transformed into a vibrant precinct with these arts and cultural institutions housed in the country’s most historic buildings. These timeless monuments, which span 200 years of Singapore’s history from the colonial period through to World War II and independence, now showcase art and culture for the enjoyment of Singaporeans and visitors from all over the world. 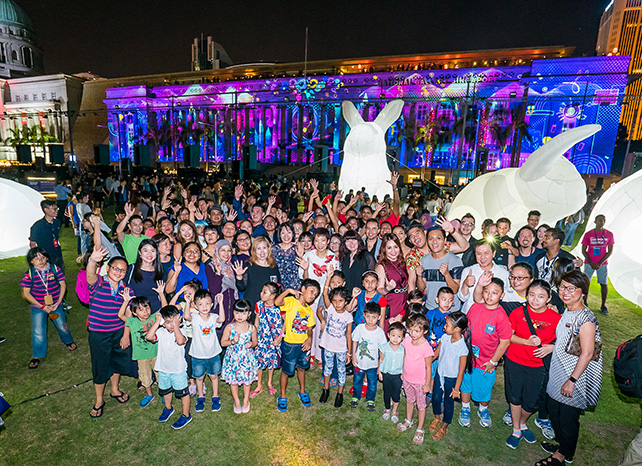 Some Festival highlights include:

“With six programme zones, it’s time for everyone to get outdoors and enjoy the Civic District with us. The programmes are specially curated for visitors to rediscover the Civic District in fresh ways and to experience Singapore’s creative and artistic expressions in the heart of the city,” said Ms Suenne Megan Tan, Festival Director, “And beyond the two outdoor zones of the Padang and Empress Lawn, visitors are invited to explore the four indoor Open House programme zones offered by National Gallery Singapore, Asian Civilisations Museum, The Arts House and Victoria Theatre and Victoria Concert Hall.”

The Festival, runs across two weekends on 4 – 5 August 2017 and 11 – 12 August 2017, offering art experiences both outdoors and indoors as the participating institutions will be extending their opening hours till midnight, with programmes running till late.

Admission to the Festival is free. St Andrew’s Road will be closed during the two weekends on Friday and Saturday from 4pm till 1am.