National Gallery to exhibit artworks by Matisse and Picasso, as well as Nam June Paik 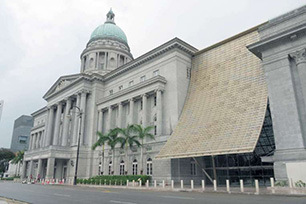 Visitors to National Gallery Singapore will be able to catch the works of some of the most renowned artists in the world, such as Pablo Picasso, Henri Matisse and Nam June Paik in four upcoming international special art exhibitions. Supported by the Singapore Tourism Board, the exhibitions will take place over the next four years, beginning with Matisse & Picasso, which will open in May 2020, and Nam June Paik, slated to open in October 2021.

The three-month Matisse & Picasso exhibition, organised in partnership with the National Gallery of Australia, tells the story of the artistic relationship between two of Europe’s greatest twentieth-century artists. Henri Matisse (1869-1954) and Pablo Picasso (1881-1973) met in 1906 and for more than half a century, closely followed each other’s creative developments and achievements. The sustained friendly rivalry between them was not only key to their individual success; it also pushed them ever-further to innovate with colour, form, and space, changing the course of 20th century Western art. Following its presentation in Australia, the exhibition, which features works from collections around the world, will travel to Singapore, its only stop outside of Australia.

Nam June Paik brings together over 200 works from the five-decade career of the Korean-born international artist, whose experimental, innovative, and playful works have had a profound influence on today’s art and culture. A pioneer of the use of television and video in art, Paik also developed a collaborative artistic practice that crossed borders and disciplines. The exhibition will look at his close collaboration with cellist Charlotte Moorman, along with his partnerships with other avant-garde artists, musicians, choreographers and poets, including John Cage, Merce Cunningham and Joseph Beuys. Singapore will be the only stop in Asia for the exhibition, which is organised in partnership with Tate Modern and San Francisco Museum of Modern Art.

All four exhibitions will be held at the Singtel Special Exhibition Gallery at National Gallery Singapore.