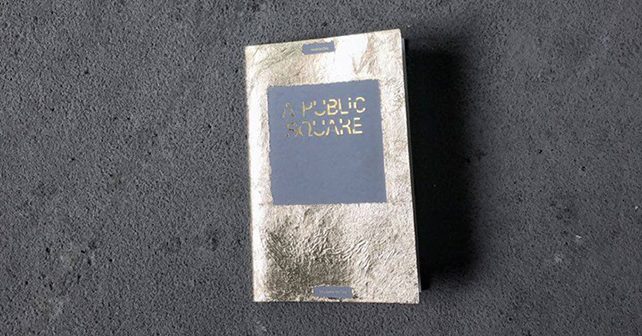 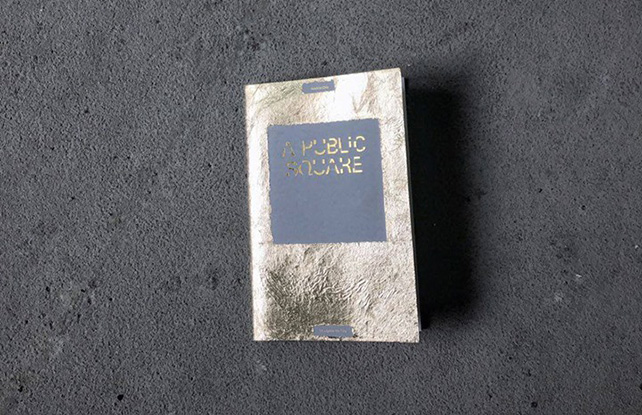 From 21 – 25 June, members of the public will be able to find limited edition, gold-foil wrapped copies of The Substation publication, A Public Square, strategically placed in public spaces across Singapore. The schedule and locations for the book drop will be released by 20 June on The Substation’s Facebook page.

Authored by Adeline Chia, Associate Editor of Art Review Asia, A Public Square delves into the creation of the gold foil staircase in an HDB by the artist Priyageetha Dia earlier this year, the ensuing response by both the public and authorities to the unsanctioned installation, and what these reveal about the nature of public art and public space in Singapore.

These limited-edition copies have been foiled by Priyageetha herself and come with a sticker of a gold square: a reference to the final traces that remain of the gold foil staircase.

Placed in public spaces and free for anyone to pick up, the locations for the books range from goldsmith’s shops to HDB estates. These locations were chosen by Priyageetha based on their resonance with the original artwork.

For instance, goldsmith’s shops were chosen because of the Priyageetha’s family history that had informed her artwork. “Goldsmithing was the trade of my maternal side, starting with my great-grandfather and passed down the male line,” the artist explains. Even though the trade ended in the second generation in her family, the golden staircase was her way of reviving it.

Just as the gold foil staircase provided a new way of seeing space, the placing of these golden packages in mundane and unassuming locations also serves as a reminder of the possibility of beauty in amplifying everyday life. Places possibly considered banal can now be transformed into destinations to travel to, explore and engage with.

A series of six Publications

A Public Square is the first in a series of six publication launched in conjunction with The Substation’s Discipline the City programming for 2017. Edited by Chia, formats range from essays to photography and illustrations, and provide diverse responses to The Substation ‘s 2017 theme Discipline the City theme. Content includes topics as specialised as the architectural and urban planning aspects of spatial organisation, to the cultural and social aspects of discipline, such as how bodies and sexualities are policed.

Issues are released monthly from May – September 2017 and retail for $10 at The Substation and select bookstores. A limited number of copies of every issue will be distributed for free in locations specific to the issue’s thematic focus, so as to encourage readers to make the connection between abstract themes and the physical reality where these issues play out daily.

The next issue in the series, Spectacular Liberal Exception by Ho Rui An, discusses spaces of exception in Singapore, such as Speakers Corner. As a means for readers to witness this exceptionality first-hand, it will be distributed for free at Pink Dot on 1 July 2017. Book hunters will have to look out for The Substation Babadook to claim their free copy.