I Know You Got Soul 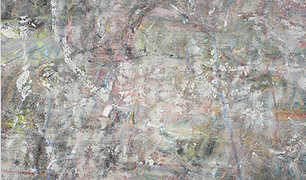 I Know You Got Soul draws inspiration from a 1987 song of the same name by Eric B. and Rakim. Listed by Rolling Stone to be one of the 50 Greatest Hip Hop Songs of All Time, many critics consider the song to be as relevant now as it was in the 80´s. Through this exhibition, curator Amir Shariat locates parallels within music – specifically Rap and Hip Hop – and contemporary art. Whether it is by way of medium, support or subject, the exhibited works within this exhibition are aesthetically current, yet possess a certain quality that transcends time. Despite collectively being as visually diverse as the artists behind them, the unifying element of each work lies in the passion, effort, and soul derived from their creation.

According to Shariat, “the selection of artists within this exhibition is testament to the diversity of American contemporary art. The majority of the artists are based in Los Angeles and New York – the two true capitals of contemporary American art. (…) The East Coast – West coast rivalry is a mainstay of contemporary art in America. Yet other creative hotspots are emerging such as Dallas, Chicago, San Francisco and Miami. (…) I pass the baton on to the young contemporary painters in this show. Let’s see who can challenge our senses now or as Ice Cube said ‘Who’s the Mack?’”

Amy Feldman, Joshua Nathanson, and Leif Ritchey employ a seemingly traditional approach to acrylic on canvas however, the variances are perceptible within the motifs and style upon which they present their works. Travess Smalley, Hugo McCloud, JPW3, Jeff Zilm and Liam Everett have all turned to unconventional substances to create their works. JPW3 creates his works out of wax, playing with its plasticity, while Zilm utilises a collection of 16 and 35mm films as his base material. Travess Smalley innovatively creates his artworks on stretched vinyl over aluminium frames. Phoebe Collings-James’ and Kika Karadi’s pieces are created from oil paint, however, their utilization of the medium is rather unusual. Collings-James’ work makes use of thick black oil paint. Karadi also employs oil paint, but does so by building the composition first with masking tape and black oil paint on glass, thereafter cutting out shapes and removing the tape before transferring the wet paint on linen.