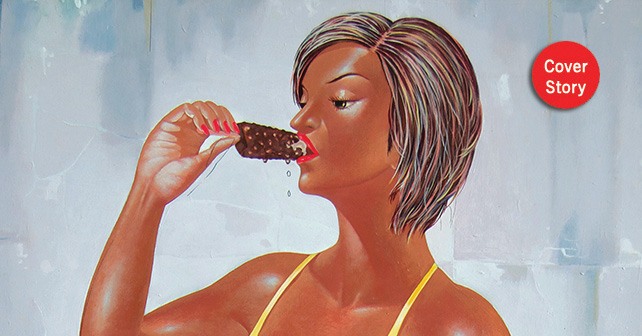 Larasati Auctioneers announce the sale of “Traditional, Modern, and Contemporary Art” on 24th January 2015, which offers a strong selection of 20th century Southeast Asian paintings and sculptures. Held at the GoodWood Park Hotel on Scotts Road, the auction features some of today’s most important artists, representing Modernism, Indo-European Impressionism, and Contemporary Art. Among the sale’s highlights are Affandi’s Boats at Kusamba, Jerry Elizalde Navarro’s Sarong from Solo, and I Nyoman Masriadi’s Ice Cream and Energy Drink.

Affandi’s Proas and Sun exemplifies Affandi’s power to create a story from on occasional encounter with people or from the scenery he comes across. He paints with fervent brush strokes, inundating his subjects with such emotion that every work screams out the personality of the artist.

Navarro’s Sarong from Solo is one of his most sophisticated works, picturing a female nude lying beside a sarong made of batik cloth on her back. As with most of Navarro’s works, this painting seamlessly portrays the sensuous beauty of an Indonesian lady with the beauty of a traditional batik motif from Solo, composed brilliantly by the artist with varying colours to capture the dramatic setting of the subject matter.

Painted in 2005, “Ice Cream and Energy Drink” by I Nyoman Masriadi (b. 1973) is exemplary of the signature wit, smart charm, and uniqueness found in almost all of Masriadi’s work. 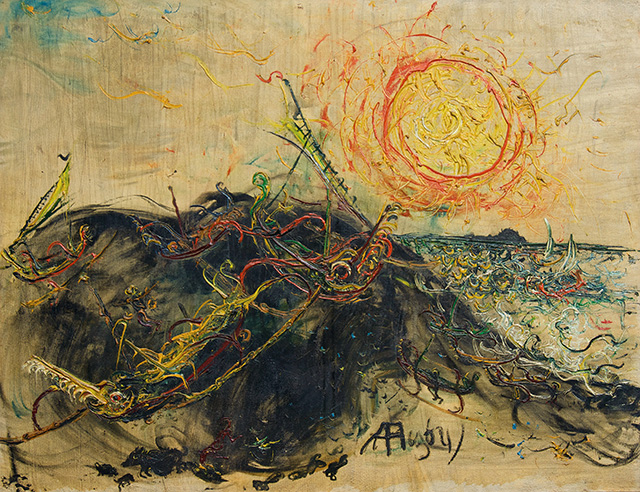 Since Larasati’s first auction held in April 2000 in Jakarta, Indonesia, the regional auction house’s reputation has grown rapidly for auctioning rare and emerging Indonesian as well as other Asian works at record prices.

In 2003, Larasati made its entry into Singapore, becoming the first Asian-based auction house that crossed national borders. Currently, One East Larasati manages its auctions in four different countries: Indonesia, Singapore, Hong Kong, and the Netherlands. 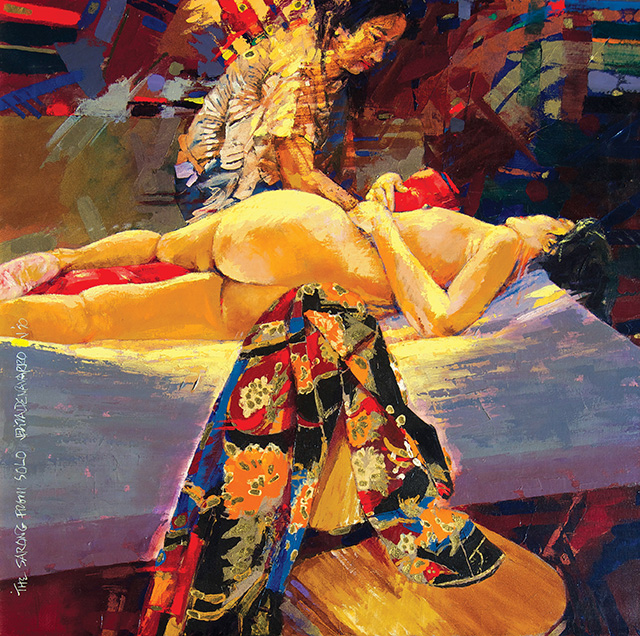