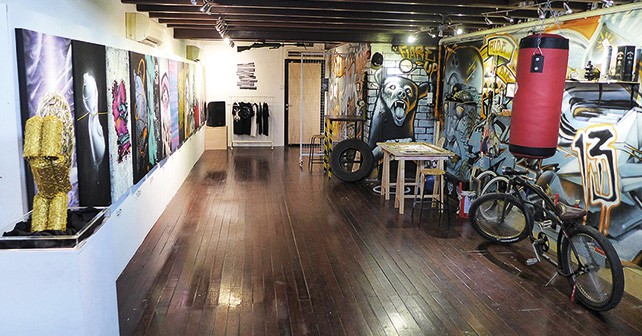 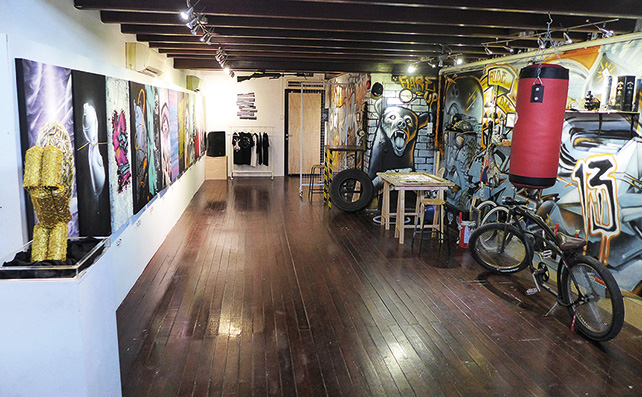 Installation of artworks by ZincNite Crew at London Calling

London Calling is a brand new space in the Singapore art scene. Less than a year old, the gallery, founded by Londoners Rob Jones and Jamie Paul, aims to shake things up, offering some of the freshest local and international talent with a punk, DIY flourish. SAGG editor Zoe Goldstein caught up with Rob Jones to ask him about the project.

Zoe: London Calling is a brand new space in the Singapore art scene. Tell us a bit about how and when you started the project, and what motivated you to open the gallery.

Rob: The idea behind the gallery had been in the pipeline for a year or so. It started life as pub talk, as we constantly voiced how much we missed the London art scene, and how the Singapore scene was missing something. The focus here seemed to be on white cube spaces, salesmen in suits, butlers with champagne on trays… a definite elitist feel to everything. And then there’s the art fairs, where you have to pay an entry fee to walk around a giant car-boot sale! We missed the warehouse events, the DJs, the beer cans in a crate full of ice, the graffiti etc., so we decided to do something about it. We wanted to be everything that the traditional white cube gallery isn’t! As our website states, ‘no pretentious, elitist nonsense. We are London Calling.’

The first thing to do was find a location. We thought Haji Lane was reminiscent of some cool East London streets (Curtain Road, Brick Lane, Hoxton Square), and had the right feel for what we wanted to do. When a shophouse smack in the middle of the street became available in November 2014, we snapped it up and focused on renovating the space into what you see now.

The name of the gallery was chosen specifically to exaggerate our mission; the name references the title song of the 1979 Clash album, both the band and the song stand for rebellion and revolution, a punk attitude, not settling for or accepting the mainstream, demanding change. We exemplify these ideals and wanted to provide a platform and voice for artists and artworks that needed to be heard. As Strummer said, “We felt that we were struggling, about to slip down a slope or something, grasping with our fingernails. And there was no one there to help us.” 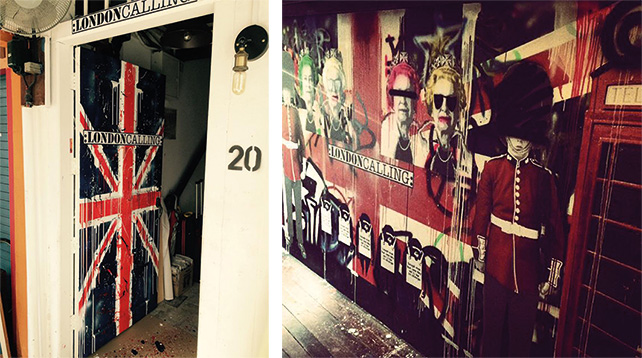 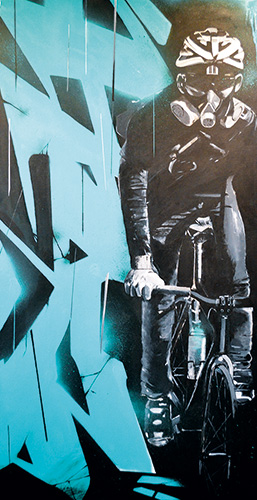 Z: There’s a lot of talk about how Singapore is the up-and-coming art hub in Asia, and that the local art scene is really flourishing. How would you describe the art scene in Singapore today, and your place in it?

R: Flourishing is an interesting term! We would say that it depends on the definition of an ‘art scene’. Is it a place where the only art that anyone has any interest in is imported and displayed in giant art fairs and in a very limited collection of mainly high-end European galleries; valued by a small minority and only if there is a famous artist’s name attached to it?

Or is an art scene is a place where artists have opportunities to showcase their work at grassroots level, a place where artists collaborate, involve themselves in group exhibitions, share ideas and don’t rely on established galleries; a place where the public are open to new ideas, interested in ‘unknown’ artists and put a value on all art irrespective of who it is made by?

There are a handful of galleries in Singapore that are of a similar mindset, but to be an ‘art hub’ and have a flourishing scene, more need to take responsibility and actively involve themselves.
Our opinion is that the scene is in its infancy and needs participants at all levels to help develop it and change mindsets; artists, galleries, funding organisations, the general public, curators and collectors… everyone! We don’t assume that we can fundamentally change any of the above by ourselves, but we aim to be a part of a shift. 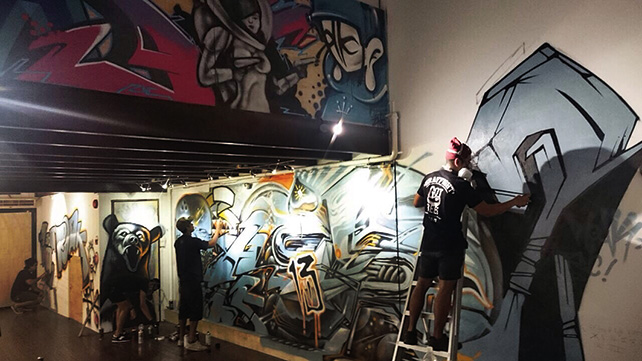 Z: What is Singapore like for young and up-and-coming artists? Is it possible for them to make a living from their art?

R: That’s a difficult question to answer and one that is often put to us. There are plenty of artists that make a good living here; without a doubt. They have gallery support, have built a name for themselves and have regular collectors that buy their work. For an up-and-coming artist it is harder. Galleries here are primarily interested in a realistic financial return and there are few that are willing to take a risk on an unknown artist. However, if a young artist can create, negotiate, advertise their work and persist (or enlist the services of a manager to do all that for them!) then there is every possibility they can make a living. 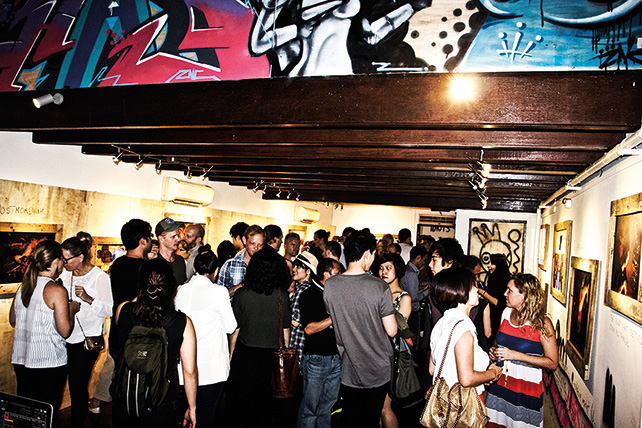 Z: What is the artistic focus of London Calling?

R: We aim to show interesting, thought provoking, challenging and subversive artworks from a variety of backgrounds by artists who we value and have a connection with, and wouldn’t want to be stereotyped or slotted into any particular category. Our first exhibition was a collaboration between a photographer (Philipp Aldrup) and a painter (Ann Healey), and our latest exhibition, which opened on 19th March, was with the ZincNite Crew, who are one of the pioneering graffiti art collectives in Singapore. The ZNC have been an integral part of bringing the graffiti scene into the mainstream. 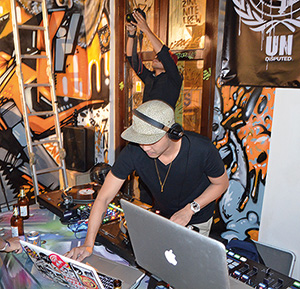 The guys did a superb job for us; half of the gallery was turned into an installation piece, while the other half featured canvases and sculptures by their 13-strong crew. The opening event also had a special guest performance by (award-winning) DJ Ko Flow. His hip-hop style scratching was a perfect addition to the visual street art on display.

Our upcoming exhibition will open on May 28th, and will be with British artist and co-founder of London Calling, Jamie Paul.