Moksha – Through the Art by Sheetal Agarwal 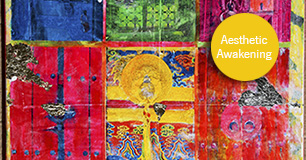 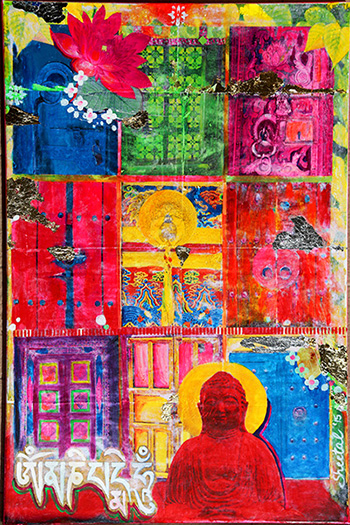 ‘Moksha’ by Sheetal Agarwal
Mixed media and acrylic on canvas, 2015 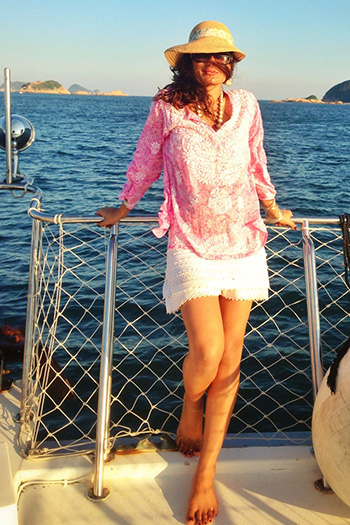 The spectacular world of image-making has been Singapore-based Sheetal Agarwal’s realm of creative expression and visual articulation since childhood. In order to comprehend and internalise her individual perspectives and contexts in art-making, it is imperative to acknowledge the fact that she is an artist, a photographer and an award-winning documentary filmmaker. Sheetal has been presented with the 2008/2009 Biennial Global Awards by the Triangle Media Group for her contribution to Film, TV and Drama in the Asian region. In addition, her documentaries have won numerous international awards, which include the Michael Moore Award Best Documentary Film at the 44th Ann Arbor Film Festival and the Best Documentary KODAK Award at the 20th Annual Fort Lauderdale International Film Festival. With this momentously significant affiliation towards the intensely ocular facet of art, Sheetal has advanced through a natural and essential tendency to mellifluously integrate the experiences she had acquired from her three-faceted creative pursuit, within her art-making process. And in order to allow the flow of such a fascinating amalgamation, Sheetal is in absolute synchronisation with the mighty influence of context and perspective in deciphering an image.

With pleasant enthusiasm, she affirms, “As a photographer and a documentary filmmaker, I have always used images to tell stories, and my experiments in those fields have been around the placing of images in different contexts, to tell different stories, in multiple narratives. This is a profound aspect of using images (still or moving). The context of the image-placement changes its meaning. And the context is entirely created by the artist. Images, in whatever context, will also mean different things to different people. So while I, as an artist, might wish to say something through the use of images, the viewer might go away with a different meaning.”

As a spontaneous extension of this intention, Sheetal has created ‘Moksha’, a recent series of pulsating mixed-media paintings that gleam with resplendent hues of an authoritative temperament. In the Hindu, Buddhist and Jain traditions, the term ‘moksha’ is used in reference to the release from the human cycle of re-birth and death. However, it is more conveniently and conventionally referred to as a state of self-realisation or enlightenment on levels that are emotional, spiritual and intellectual in occurrence. This intriguing series, accentuated by its intuitively thought-provoking title, is based on images of Gautama Buddha in popular contexts. Sheetal opines that the Buddha, in current times, “is as much a commercial icon as Coca Cola or any other brand, and I juxtapose that insight with the thought of the Buddha being the path to moksha. Also, we need to overcome many layers of obstacles to reach that unity with our divine selves, which is what I mean by achieving ‘moksha’.”

Equipped with a vivacious sense of colour and conceptual universality, Sheetal has exhibited her paintings globally in Singapore, Spain, Germany and London.

It is difficult to deny the premise that an artist is indeed an elevated soul who is unquestionably on the path to ‘moksha’. And Sheetal, as an undaunted creative being, has embarked on a significant and alluring symbiosis of the re-contextualisation of existing meaning and the appropriation of popular images, without compromising on the presence of aesthetics.

To view artworks by Sheetal Agarwal, visit www.facebook.com or email to Gnani Arts via gnani_arts@yahoo.com.sg, or call 6735 3550.