More than 614,000 visitors came to the 5th edition of the Singapore Biennale 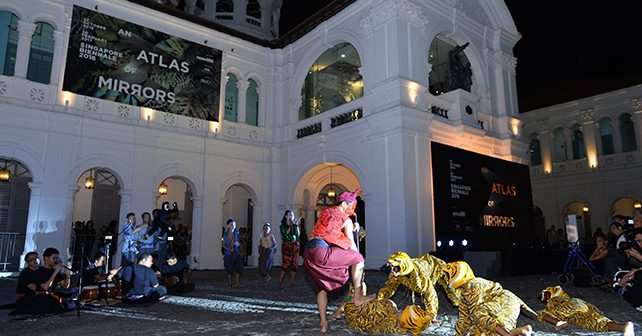 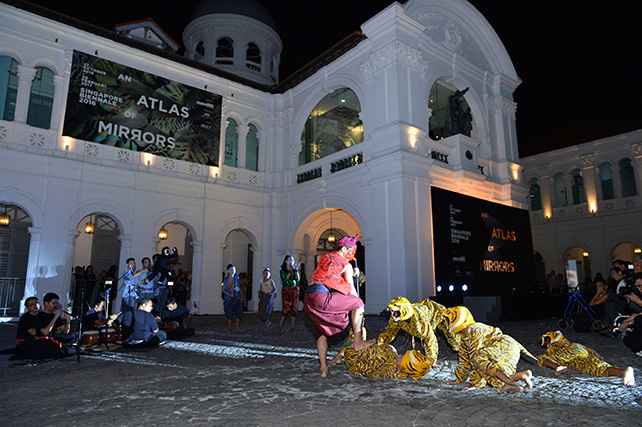 The fifth edition of the Singapore Biennale 2016 (SB2016), one of Asia’s most compelling contemporary visual art exhibitions, closed on 26 February 2017 with record numbers which surpassed 614,000 visitors. Singapore Biennale 2016: An Atlas of Mirrors’ educational programmes and outreach activities, which took place over the exhibition’s four-month period, also had high public participation. The strong visitor numbers manifest a tangible commitment by the public to engage with contemporary art from the region, and signal heightened interest among local and international audiences for diverse artistic viewpoints from across Southeast, East and South Asia.

The Singapore Biennale 2016 visitor figures topped that of the Biennale in 2013, which had closed with 560,349 visitors. This Biennale’s total visitor numbers include ticketed admissions at SAM and SAM at 8Q, as well as indoor admissions across SB2016 Biennale venues around the Bras Basah.Bugis precinct, including National Museum of Singapore, Peranakan Museum, Asian Civilisations Museum, The Arts House and the Singapore Management University’s de Suantio Gallery. 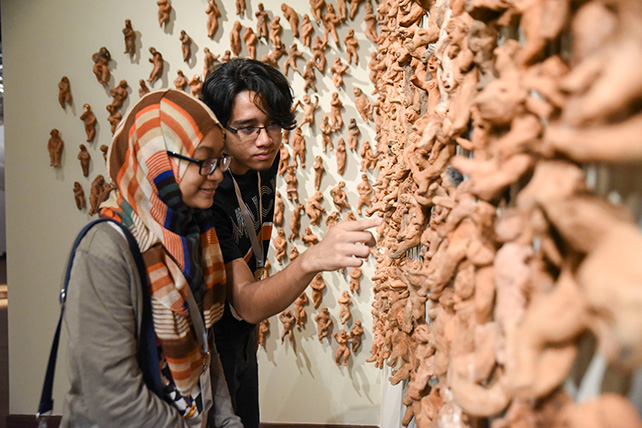 Singapore Biennale 2016 featured works by 63 artists and art collectives from 19 countries and territories across Southeast Asia, East and South Asia. From monumental installations to sound art and film, artworks of various mediums were curated around nine sub-themes and presented at several locations, with the Singapore Art Museum and SAM at 8Q as anchor venues. Singapore Biennale 2016 artworks responded to the title of An Atlas of Mirrors, exploring notions of space, time, memory, nature, boundaries, agency, identity, displacement and absence. One of this edition’s highlights was its presentation of several site-specific and commissioned contemporary works never seen before on the biennale circuit.

In its efforts to engage with the wider visual arts community in Singapore, SAM and Singapore Biennale 2016 also included a total of five Affiliate Projects, which were organised and developed by other art institutions responding closely to the Biennale title of “An Atlas of Mirrors”, and 25 Parallel Projects, which were visual art exhibitions taking place locally and regionally at the same time. 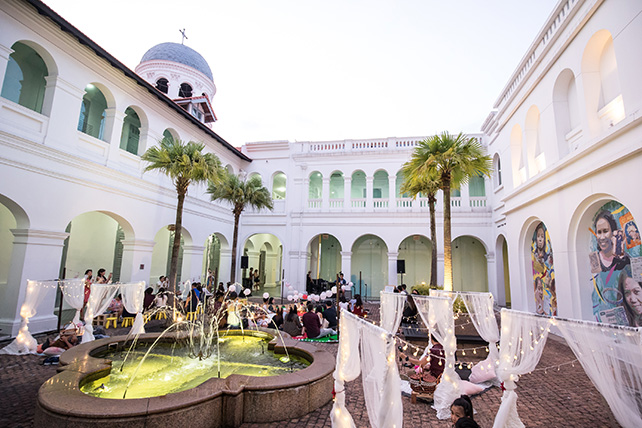 Singapore Biennale 2016: An Atlas of Mirrors was organised by the Singapore Art Museum and commissioned by the National Arts Council of Singapore. It was on from 27 October 2016 to 26 February 2017.