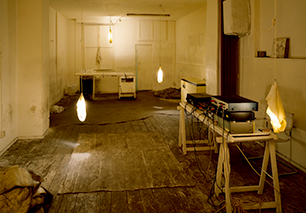 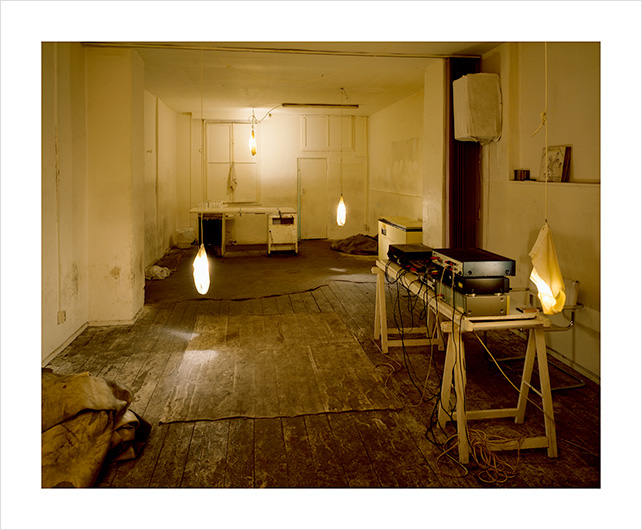 Techno was the youth culture that united East and West in Berlin after the fall of the Berlin Wall in 1989. At the time, the city was littered with empty plots of land and abandoned buildings – many of which had remained disused since World War Two, while others were remnants of the city’s divided past – and all of which were ready to be filled with new life by the countless clubs, bars, galleries, workshops and studios that sprouted in the fertile concrete of the post-reunification city. In the blink of an eye, Berlin became the epicentre of a new club culture attracting international attention.

The club scene was then given another boost at the beginning of the last decade. Thousands of Techno tourists were attracted to the city every weekend by cut-price European flights, a new wave of clubs such as Bar 25, Watergate and the Berghain, and parties that just never seemed to end. Artists, label operators, party organizers and promoters from all over the world moved to Berlin, constantly contributing new input to the city’s sound – a development that continues to this day.

Co-presented by DECK and Goethe-Institut and curated by Heiko Hoffmann and Alfons Hug, Club Berlin brings these impulses to Singapore’s container art space DECK, transforming it into a temple to photography and electronic music. The exhibition engages both the eyes and ears, mixing photography and music to evoke the look and feel of Berlin’s legendary club culture. 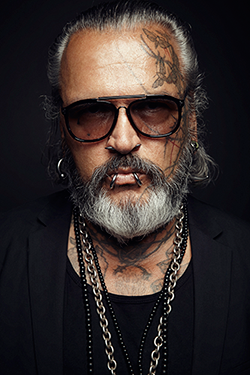 The highlight is a photographic media installation by the infamous Berghain bouncer and photographer Sven Marquardt, accompanied by a specially mixed soundtrack by Marcel Dettmann, one of the most influential proponents of contemporary Techno. As Marquardt told SAGG Editor-in-Chief Irene Marx, “For Club Berlin in Singapore, I created – together with Berlin musician/DJ Marcel Dettmann – a fictive space. It’s the first time I will display my photos in a digital presentation. The space is totally black, there are four screens on top of an altar with around 50 of my photographs. On a loop! DJs, bouncers … people living club culture in different ways and becoming part of my images. Marcel Dettmann’s sound will play from all four corners of the room – in all its mystic power and darkness.”

Sven Marquardt has been part of the Berlin Techno scene since the early 1990s. Born in East Berlin in 1962, he first picked up a camera to photograph his punk friends in their black make-up on the wastelands and derelict backyards of the communist city, documenting a subculture that officially was not supposed to exist. After reunification, he started working as a bouncer, first at his brother DJ Jauche’s parties, then at the Snax and its fetish parties, the Ostgut club which developed out of it, and finally at the Berghain, which eleven years later still retains the title of Berlin’s most important club. Since 2003, he has been photographing the DJs, bar staff and his fellow bouncers at the Berghain.

Marquardt and Marcel Dettmann got to know each other in the Berlin club scene more than 15 years ago. Dettmann would travel as a teenager to clubs like the Tresor and the E-Werk every weekend. His role models include local DJs like Jonzon and Rok who, unlike Dettmann, never had an international breakthrough. Parallel to his DJ career, Dettmann has worked at Hard Wax, an institution among record shops. Today, the Berghain resident is one of the most successful international Techno DJs, and spins over 100 times a year. Since 2006, he has also been producing his own music for such labels as the Berhain’s Ostgut Ton, 50 Weapons and his own company MDR, among others.

Both Marquardt and Dettmann have been rooted in Berlin club culture since the beginning of the 1990s, and they are both closely affiliated with the legendary Berghain, which is located in the cavernous turbine hall of a former East German heating and power station. Of the renowned club and its relationship to cutting edge art and culture, Marquardt comments, “The Berghain stands worldwide for electronic music. Unique in its architecture and the symbiosis of space and sound, this venue flushed out not only me to the surface. Marc Brandenburg, Wolfgang Tillmanns, Pjotr Nathan … to name a few. Artists who are connected with the house, as well as numerous DJs, are touring the world successfully.” 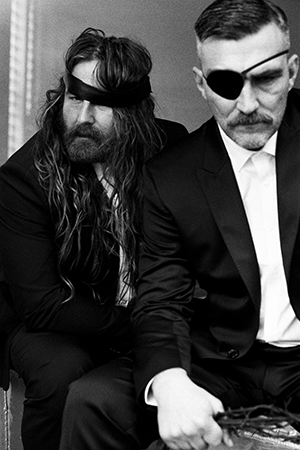 Marquardt’s photographs, which often address their subject matter with an expansive, even grandiose, approach, look like they were taken at night – even those that were shot in daylight. They are dark, almost existentialist in tone. Thus their installation for Club Berlin in a black room, and with the hypnotic ambiance of Dettmann’s soundtrack, makes perfect sense, and is an apt way to attempt to convey the atmosphere and vibe of Berlin’s club culture to an audience in Singapore. Though Marquardt adds, “I don’t think that you can transport the lifestyle of a city onto another continent! Our space is a vision. But the audiences can get an idea of how it is … could be!? … in a faraway country.”

The photographs in the exhibition come from his book Temporary Spaces (published by Die Gestalten Verlag, Berlin 2001) and show examples of the nomadic club culture between 1996 and 2001. Before professional, permanent, purpose-designed clubs like the Berghain or Watergate made such a big impression with their integrated sound-and-lighting concepts, and established Berlin’s present-day reputation as a club metropolis, these early venues exerted a huge influence on the reunited Berlin’s image and made the city a magnet for DJs, musicians and other artists. They were new spaces for new music.

Martin Eberle’s photographs document the short-lived venues of this period – places without which the city’s current party scene would be inconceivable. The photographs of the interiors – some brightly lit, some dipped in coloured twilight – show no partying people, no DJs or bar staff. And yet it is precisely the emptiness of the rooms, especially seen in retrospect, that reveals their individuality. The clubs of the time took over empty and run-down workshops, banks, shops and power stations in East Berlin and redesigned them for their own purposes. Most were planned from the outset to be only temporary. Some of these clubs and bars – like the 103 on Monbijoustraße – lasted for less than a year, yet they became permanently etched on the memories of a whole generation.

In addition, a series of archived videos of the legendary Boiler Room parties, which have been taking place in Berlin since 2011, will be screened during the exhibition, featuring performances from Berlin club legends DJs La Fleur, Len Faki, Discodromo, Sarah Farina, Mano Le Tough, and Lucy. At these parties, DJs and live acts play to a relatively small audience of invited guests – largely friends and fans – but they reach a global audience via a live internet stream. The parties, which start and finish early (often before midnight), are a far cry from the wild hedonistic mayhem that most often characterises the Berlin club scene. Nevertheless, tens of thousands of participants all over the world follow the parties live and discuss them in chat rooms and on Twitter, while the archived podcasts on YouTube sometimes reach audiences of over a million. This unique set-up, which is focused so strongly on the quality of the music and is open to enthusiasts all over the world, has made Boiler Room one of the most important institutions in electronic club music today.

The current DJ scene in Berlin is more diverse and more international today than ever. New producers and DJs are still constantly coming to Berlin to live in the city, at least for a few months. They ensure that the sound in the clubs is constantly developing – even if House and Techno remain the styles that dominate the city’s nightlife. Mixes from seven Berlin-based DJs can be heard continuously at the Club Berlin exhibition and, together with the Boiler Room videos, give an acoustic impression of Berlin’s current club culture.

Club music has by now been completely accepted by mainstream society – both in Berlin and in many other places in the world. But even if Berlin musicians such as Paul Kalkbrenner have long been working in the mainstream, and the city successfully uses club culture in its image marketing, there are still plenty of musicians doing new things and exploring new niches.

Indeed, when asked about his future vision for the club scene in Berlin – and for himself – Sven Marquardt asserted, “Whether it be the East Berlin underground of the 80s … or Berlin’s club culture that I have been living for more than 20 years, both mean for me freedom and independence. That is my vision as a photographer as well. Times are changing! Berlin changed as well – for sure! I don’t like everything but I don’t belong to that kind of man always saying ‘Everything was better in the old days!’ Horror! Everything was simply different in the old days. To capture the spirit of the times and to stay ourselves … That is my vision!”

Club Berlin runs from 5th March to 3rd April at DECK. Alongside the exhibition there will be a number of exciting events, including the opening reception on 4th March followed by the Club Berlin Afterparty organised by Moonbeats Asia, and on 5th March you can catch a talk by Martin Eberle followed by a dialogue with Sven Marquardt facilitated by Heiko Hoffmann.