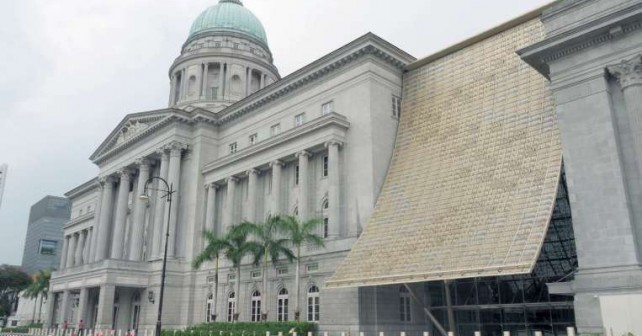 Professor Dr Apinan Poshyananda is the chief executive and artistic director of the first Bangkok Art Biennale 2018. Professor Dr Poshyananda is an established curator and arts administrator who has worked closely with contemporary art museums in Asia, Australia, Europe, and the US. He holds a Bachelor of Arts and Master of Arts (Honours) in Fine Arts from Edinburgh University, and a PhD in Art History from Cornell University. Professor Dr Poshyananda is the recipient of numerous awards, fellowships and honours including three national awards and knighthoods from Thailand, Sweden, Italy and France. He has also previously served as Director-General to the Office of Contemporary Art and Culture, and Permanent Secretary and Acting Minister to the Ministry of Culture in Thailand.

Ms Shareen Khattar is a founding member and executive director of Platform Projects Ltd, a non-profit organisation that aimed to enrich the practice, knowledge and audience for contemporary art in Singapore and the neighbouring region. Additionally, Ms Khattar also holds directorship positions at various companies including Khattar Holdings Pte Ltd and Singapore Repertory Theatre. She is a member of Tate Modern’s Asia-Pacific Acquisitions Committee as well as having been a founding partner of Singapore-based F&B companies The Marmalade Group, and The Big Idea.

Ms Jennie Chua is Chairman of various organisations, including the Singapore Film Commission Advisory Board, The RICE Company Limited and Alexandra Health System. She is Singapore’s Non-Resident Ambassador to the United Mexican States and the Pro-chancellor of the Nanyang Technological University. Ms Chua is a Board Director of three SGX-listed companies, including GuocoLand Ltd, GL Ltd, and Far East Orchard Ltd. Ms Chua is the recipient of multiple awards, including four Singapore National Day Awards, President’s Special Recognition for Volunteerism & Philanthropy, and more.

Ms Chang Hwee Nee is the Chief Executive Officer of the National Heritage Board, and has a strong interest in strengthening the museum and heritage ecosystem. As a President’s and Overseas Merit Scholar, Ms Chang graduated with a Bachelor of Arts in Economics from the University of Cambridge and also holds a Master’s degree in Public Administration from Harvard University.

These new appointments add to the strength and diversity of the Gallery’s Board with each member having rich and extensive backgrounds in different sectors, ranging from financial services to property, healthcare and academia. The unique perspectives of each board member have contributed to advancing the Gallery’s goal in furthering the understanding and appreciation of Singapore and Southeast Asian art, guiding the Gallery towards being a leading visual arts institution. The Gallery’s Board is chaired by Mr Hsieh Fu Hua, with other members including Mr Jose Isidro N (Lito) Camacho, Mr Chew Choon Seng, Mrs Rosa Daniel, Mr Kwee Liong Seen, Dr Kenson Kwok, Dr Suriani Suratman, Mr Wee Sin Tho and Ms Chong Siak Ching who is also the Gallery’s Chief Executive Officer.

National Gallery Singapore would like to welcome new Board Members Professor Dr Apinan Poshyananda, Ms Shareen Khattar, Ms Jennie Chua and Ms Chang Hwee Nee. The Gallery would also like to thank the outgoing Board Members Ms Jane Ittogi, Mr Benson Puah and Ms Kathy Lai for their years of service. We are grateful for their stewardship and counsel, which has seen the Gallery through a successful opening period.