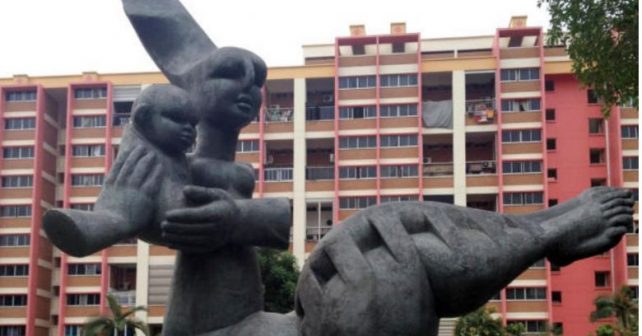 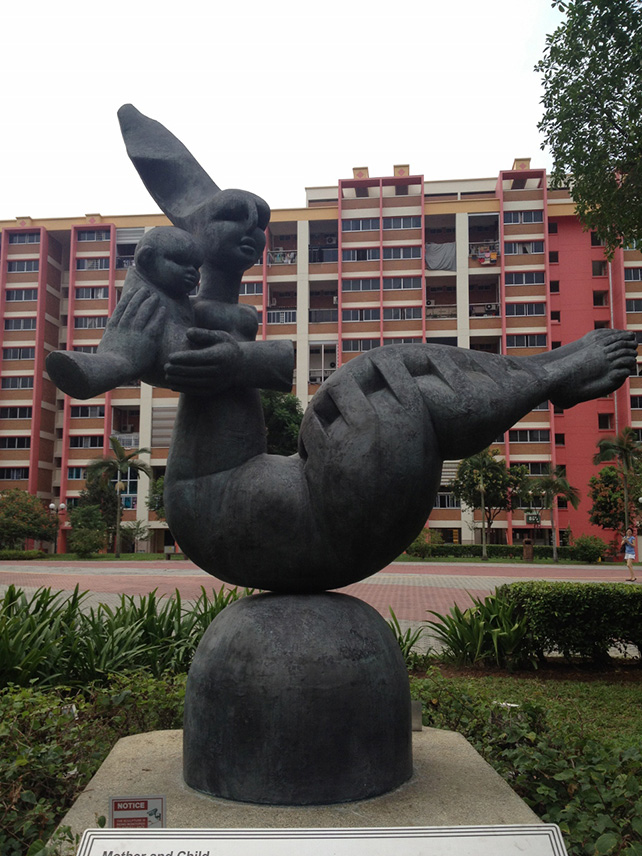 Dubbed fondly as the grandfather of Singapore sculpture, Cultural Medallion recipient – the late Dr. Ng Eng Teng is remembered for his distinctive, large-scale sculptures that depict whimsical interpretations of humanist themes, bringing vibrancy to public spaces in Singapore. In recognition of his contributions to Singapore through these public commissions, one of his iconic masterpieces – Mother and Child – will now be accessioned into the National Collection, joining seminal works by other pioneering artists, including Liu Kang and Georgette Chen.

The three-by-three metre-tall sculpture was donated to the state by the late Dr. Ng’s family. Etched out of bronze, the sculpture features a mother in the intimate act of lifting her child, conveying the caring and warm love of a mother towards her child.

Cast in March 1996, the distinctive bronze signature piece is the second and last in his Mother and Child series of works and is currently situated at Tampines Central Park. Singaporeans would also recognise a similar work which used to be displayed outside Far East Shopping Centre in 1980, and was one of the signature features of the Orchard Road landscape then. Following the donation, the sculpture will be installed in front of the Gallery, and become part of the Gallery’s façade on a long-term basis from 2019.

“Ng Eng Teng played many roles in the development of art in Singapore. He was one of our pioneer artists, a mentor, and more importantly an inspiration to young artists today to push the boundaries of art boldly while keeping closely connected to the audience. We are very grateful to his family for this generous donation of Mother and Child, which will allow generations after to learn and appreciate his contributions to Singapore’s art scene.”