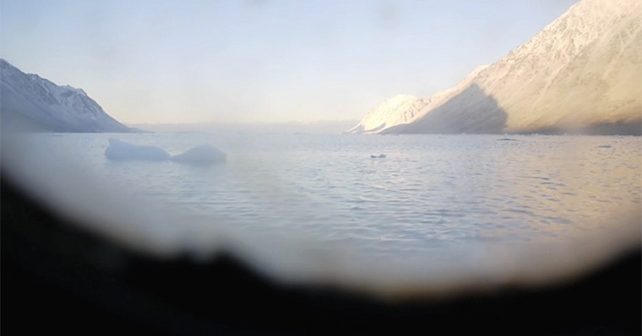 In its latest exhibition, Odyssey: Navigating Nameless Seas, the Singapore Art Museum (SAM) embarks on artistic explorations of the ocean, as seen through the eyes of contemporary artists. Odyssey comprises contemporary artworks drawn from SAM’s permanent collection, artists’ collections and new commissions. The exhibition will present artworks by 11 artists from Singapore, Southeast Asia and beyond, as well as a Research Room that features loans from the Republic of Singapore Navy Museum’s collection. Odyssey: Navigating Nameless Seas takes place from 4 June to 28 August 2016.

Odyssey: Navigating Nameless Seas explores ideas pertaining to the origins of life and personal histories and identities, and provokes contemplation of the tempests that batter our sails on this journey through life. 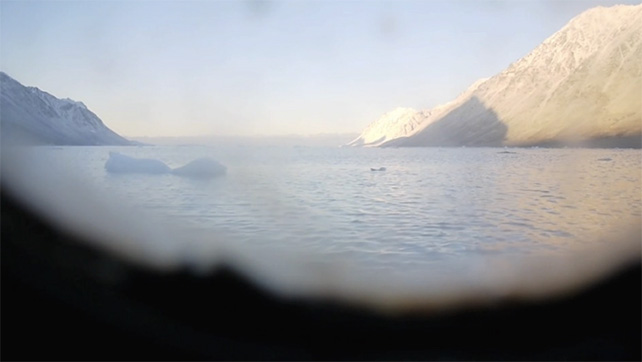 Adrift, a time-lapse video recorded by Singaporean artist Wyn-Lyn Tan throughout her 16-day journey around the Arctic Circle, attempts to capture the raw, austere, yet entrancing colour-washed spaces of the Arctic’s landscape. Shot from the porthole of her cabin, the video – whose audio component contains transmissions of the rattle and vibration of the ship’s engine coalesced with the gentle lapping of ocean waves – creates at once an intimate yet distant encounter with this most northerly circle of the Earth’s latitude. 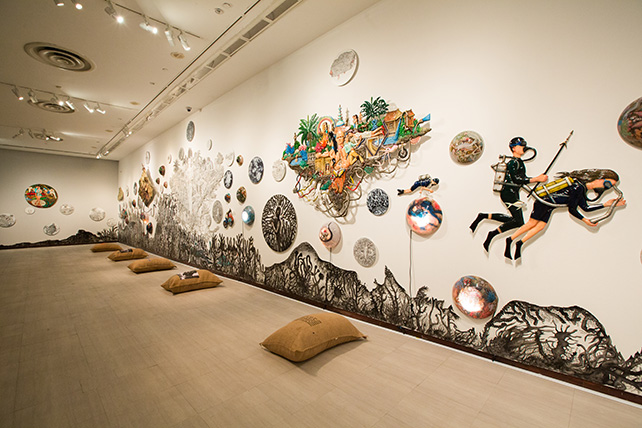 Indonesian artist Entang Wiharso’s Breathing Together is an underwater “memory-scape” – a surrealistic mixed-media mural riddled with enigmatic fragments of the past, such as becaks (pedicabs) which were outlawed by the government and disposed of in the sea, and vestiges of sea lanes used for trade during the colonial era. 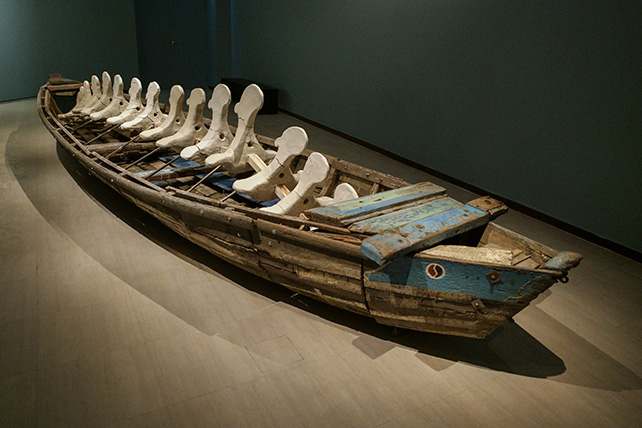 Reflecting on the real-world influence that animals, specifically whales, have on humans, Vietnamese-American artist Richard Streitmatter-Tran’s A Short History of Man and Animal is a wooden boat with a set of bones placed within its hull, highlighting how fishing boats inherit the physical characteristics of whales. 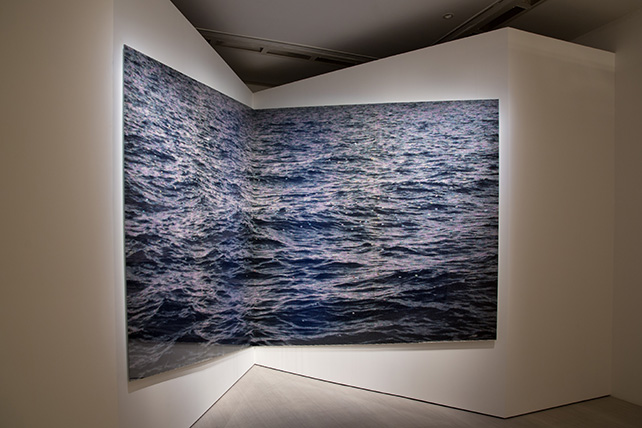 Pakistani artist Rashid Rana’s Offshore Accounts-1 is a monumental, monochromatic seascape comprising thousands of miniature images of trash and colonial ships, representing the seas that belie the legacies of colonial trade and empire, as well as the destructive wastefulness of contemporary consumerist culture. 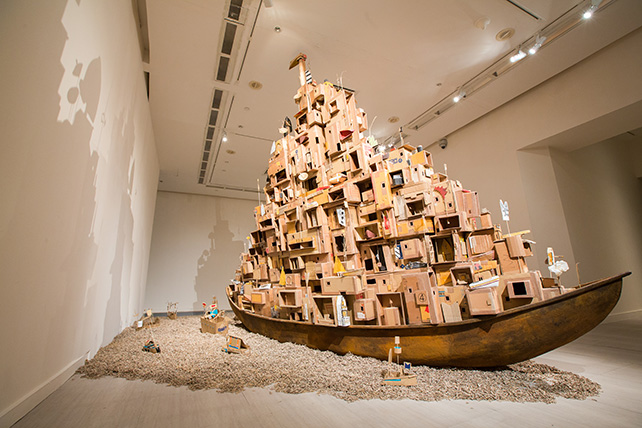 Evolving from their personal experience of relocating from the Philippines to Australia, Filipino husband-and-wife artist duo Alfredo and Isabel Aquilizan addresses issues surrounding journeys, diaspora and social dislocation through their installation, Passage III: Project Another Country.

Odyssey: Navigating Nameless Seas will be accompanied by a series of public and educational programmes, including artist and curator tours of the exhibition and workshops conducted by the Republic of Singapore Navy.