P Perumal – A modern master from the Madras School of Arts 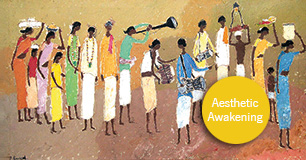 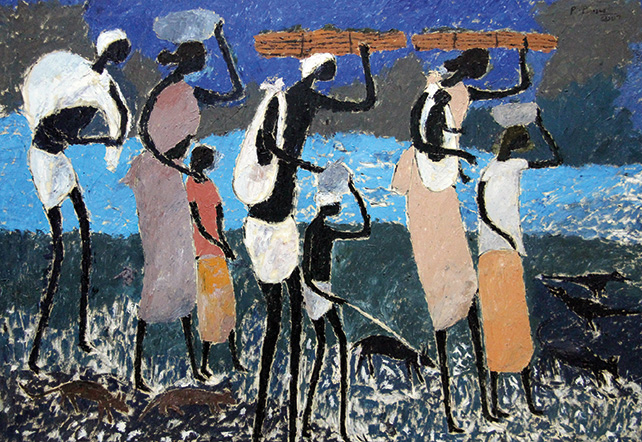 There are many aspects and angles to the entire social, political and aesthetic progress of the modern and contemporary art of South India.

Madras (current Chennai) was the main centre for the arts during the period of early Post-Independence in South India, a region that has played a pivotal role in the development of modern and contemporary Indian art within a wider context. 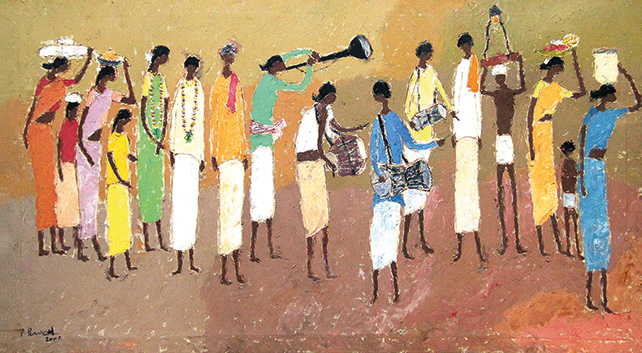 Today, the term, ‘Madras School of Arts’, is referred to as an important genre, an ever-significant movement in the modern art history of India, a monumental phase that nurtured the brilliance of modern masters such as P. Perumal. Born in 1935, Perumal was a National Scholar in drawing and painting (1962 – 64). He served as a Fellow of the State Lalit Kala Academy (1995), and was awarded a Gold Medal (1998) at a programme by the Indira Gandhi Rashtriya Manav Sangrahalaya, Bhopal.

Perumal’s works are part of private and institutional collections in South Korea, Italy, the USA, Germany and Canada. Apart from being a practising artist, Perumal is well-respected in the field of art education, having been an art instructor at the Government High School, Chennai (1959 – 1961) and an Associate Lecturer at the Government College of Arts and Crafts, Chennai (1988). He is also a recipient of a Senior Fellowship from the Department of Culture, Government of India (1988 – 1990). Perumal received the Indian National Award in 1991.

Having had spent his formative years in a village in Tamil Nadu (South India), Perumal endows the villagers; the human personalities in his paintings with what is deemed as the ‘poor-yet-happy’ state of emotion, while he effortlessly provides us with his elated perspective of the sentiments of the workforce in an archetypical village in Tamil Nadu. In his art, Perumal captures a distinct innocence and a fatigued satisfaction in the postures of the villagers that he depicts in his staple visual narrative, often insinuating a sense of promise and hope for the tired human bone.

Perumal continues to create his elucidating paintings in a corner of the state of Tamil Nadu, rejoicing in his fascinating world of rural nostalgia.

To view paintings by P. Perumal, call 9003 2851, send an email to gnani_arts@yahoo.com.sg, or visit www.gnaniarts.com.