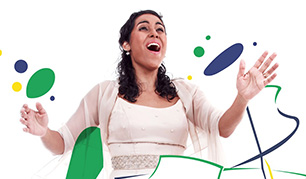 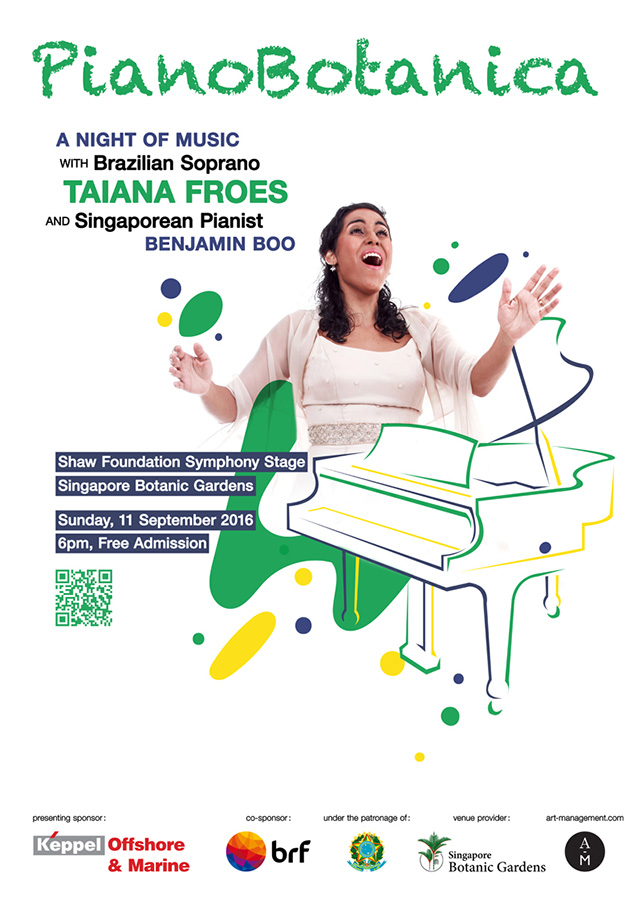 Get ready to enjoy a balmy evening of charming Brazilian music with Taiana Froes amidst the tropical greenery of the Botanic Gardens, as the free concert PianoBotanica is returning for its fourth edition on Sunday 11 September, from 6pm to 7pm.

Sponsored by Keppel Offshore & Marine and co-sponsored by BRF, in collaboration with the Embassy of Brazil in Singapore, the popular annual classical music event is expected to once again draw thousands of people to the lush grounds of the first UNESCO World Heritage Site in the country. PianoBotanica is a celebration of the continuous friendship between Brazil and Singapore, and promises to be a brilliant showcase of songs from the largest country in South America.

The star of the show is Lisbon-based Brazilian soprano, Taiana Froes. She began training as a singer at the age of 15, and is currently a member of the prestigious Gulbenkian Choir after graduating with a degree in Singing from the University of Brasilia. Gifted with a powerful and emotive set of vocals, she has performed a number of key roles in various operas, such as Desdemona in Verdi’s Otello and Pamina in Mozart’s The Magic Flute. As a chorister, Froes has performed masterpieces such as The Creation by Haydn, Missa Solemnis by Beethoven, and Magnificat in concert.

She has sung in a number of beautiful venues around the world, including the Palácio Foz in Lisbon and the Royal Festival Hall in London, and looks forward to her concert at the Botanic Gardens in Singapore.

Says Froes: “I’ve never been to Singapore before and I’m looking forward to visiting such an interesting country. I’m very excited about this concert as it’s happening outdoors in a very beautiful garden, and it will be enjoyed by families and people from all over the world. This is an opportunity of a lifetime.”

The songs she’ll be performing at PianoBotanica are drawn from a rich repertoire of music written by famous Brazilian composers such as Heitor Villa-Lobos, Carlos Gomes and Chiquinha Gonzaga. These composers are famous for combining classical music with popular and folk songs that are well known and well loved by the Brazilian public.

Froes will be accompanied by Singaporean pianist extraordinaire Benjamin Boo, a homegrown music prodigy who had produced three albums by the young age of 11. Dubbed as Singapore’s very own “wunderkind” by the local media, Boo’s profound technical and improvisational abilities has led him to be recognised today as one of Singapore’s most outstanding pianists. Now 24, Boo has since taken the international stage, and has performed alongside world-renowned legends such as Richard Clayderman, Kevin Kern, Donne Ray Radford and Victor Gaskin.

The concert is free for all to attend, so grab your friends and family, pack a picnic basket, and end your weekend on a high note with some mesmerising melodies as the sun sets over the Botanic Gardens.