RE by Andre Tan 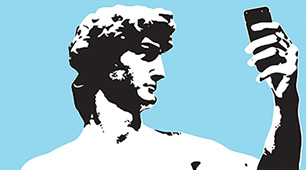 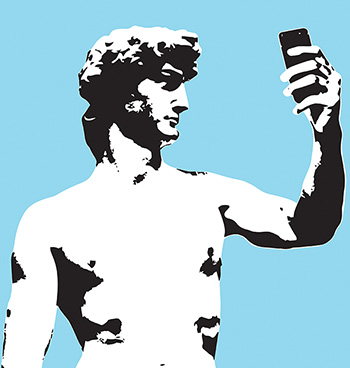 The exhibition RE by Andre Tan presented by Galerie Belvedere is about recreating and rethinking. This series of paintings is built as a progression in the imagery of the Arts: from the Middle Ages to the Renaissance, progressing to Modern Art, and Contemporary Art. The artist reinterprets traditional and popular imagery to offer his playful reworking and translation to the viewer. 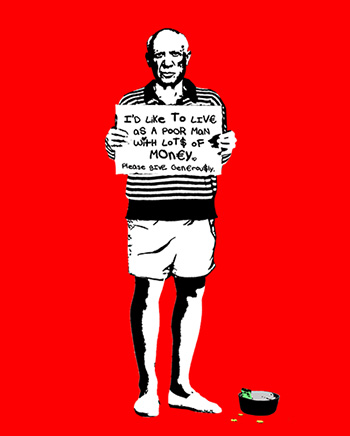 Andre Tan, The Poor Man with Lots of Money, 2014, Acrylic on Canvas

Andre Tan addresses ironies and social ills apparent in our contemporary society today with a humorous approach. His images are familiar to many, yet somewhat “different”, which forces the audience to rethink the meaning behind the images and our cultural references.

Born in 1978 in Singapore, Andre Tan is an exciting young artist known to interact brilliantly with the traditional and contemporary codes of Society. He obtained his Diploma in Fine Arts (Painting) from Lasalle-SIA College of the Arts, Singapore in 2000.

Andre is the recipient of the Judge’s Choice for UTGP08-Kenichiro Mogi Prize (2008, Japan), Studentship Scheme (2005) in Lasalle-SIA College of the Arts, and also received the Georgette Chen Arts Scholarship (1999). His artworks are collected by private collectors in Singapore, Indonesia, Japan, Hong Kong, Italy, France, Australia, Canada and the United Kingdom.