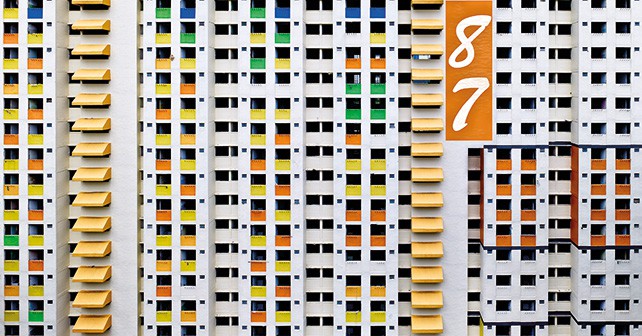 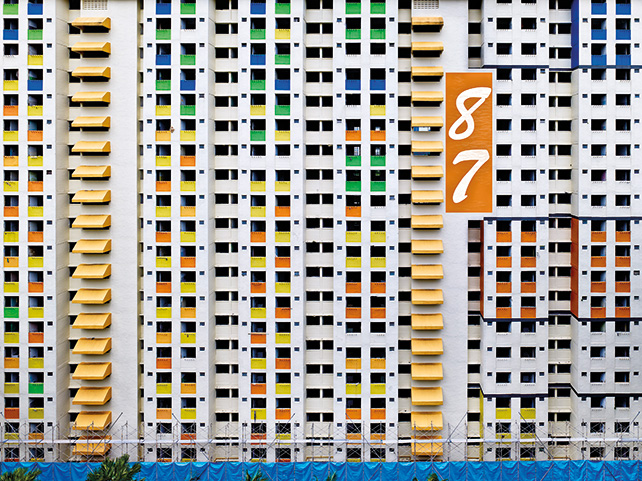 Have you ever walked past the brightly coloured graphically numbered HDB blocks found in Singapore and found them strangely alluring? Well, you aren’t alone. Internationally acclaimed, urban photographic artist, Peter Steinhauer found himself pulled to capture these unique buildings whilst he lived here in Singapore back in 2013.

Home to 80% of Singapore’s population these Housing Development Board buildings were built to provide not just housing but as a means to integrate communities and cultural diversity throughout Singapore. But not for them the grey, ugly blocks normally associated with government housing, instead they are bright candy-coloured and cheerful buildings that Steinhauer just knew he had to document having never seen them anywhere else in the world. 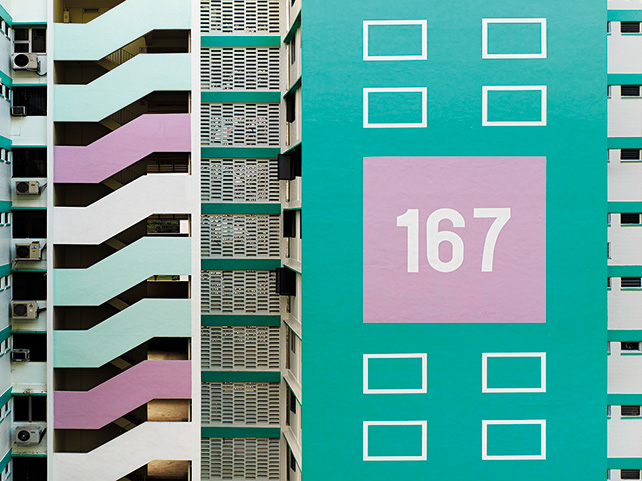 Peter Steinhauer is an internationally-acclaimed urban photographic artist. The recipient of numerous international photographic awards, his work is held in galleries, museums and private collections worldwide. Steinhauer lived in Asia for over 21 years between Vietnam, Indonesia and Singapore and in this time focused his skills on documenting cities and urban architecture. Fascinated by design, architecture and graphic design/scripts, Steinhauer can make even the most mundane everyday sight oddly interesting and appealing in the way that he is drawn to capture it.

Steinhauer’s Singapore ‘Number Blocks’ capture these wonderful unique buildings in Singapore. For him the interest lies in the colour schemes and the font and script type used on these buildings, the numbers are no slapdash markings but a well thought through and essential design element to the building. Whilst his ‘Cocoon’ series, created when he lived in Hong Kong, documents the surprising beauty of a construction technique native to Hong Kong; the bamboo and fabric nets that encase the ‘metamorphosis’ of a building project. Both series capturing the essence of these two cities through architecture rather than social commentary. 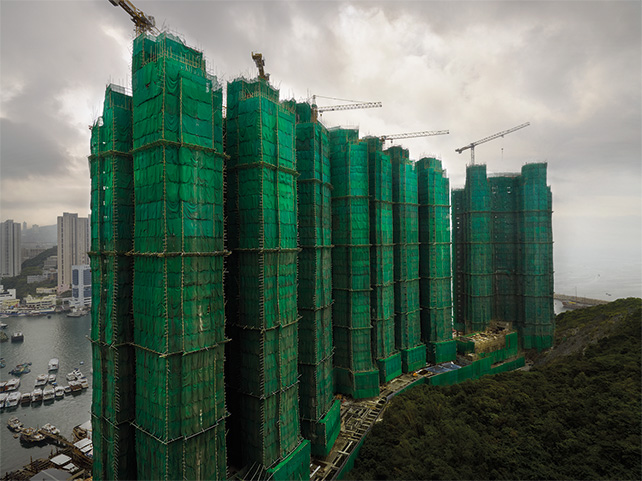 Describing himself as a purist from a photography background not a digital artist, Steinhauer turns his striking images into large-scale photographic works, printing them all himself using archival pigment inks and the highest grade Hahnemuhle paper. Previsualising the impact of the angle and perspective of his camera lense specifically for creating larger scale works, Steinhauer’s resulting images are stuninng, monumental works that capture the very essence of the cities he moves through.

Peter Steinhauer’s ‘Singapore Number Blocks’ and Hong Kong ‘Cocoons’ series will be on show at REDSEA Gallery in Dempsey from 18 November through to the end of December. 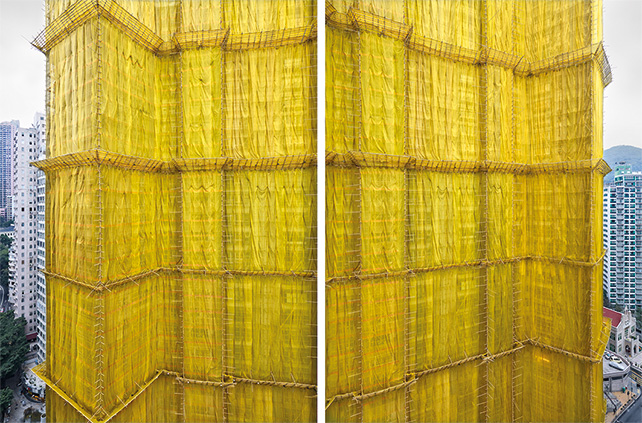