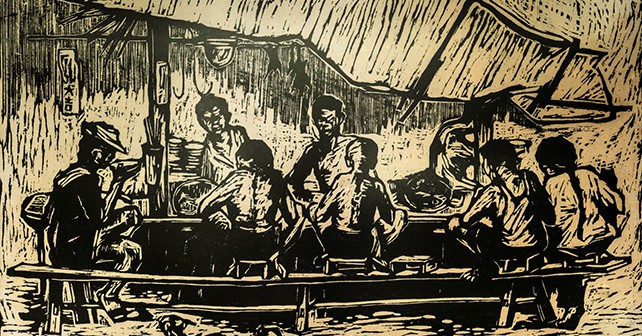 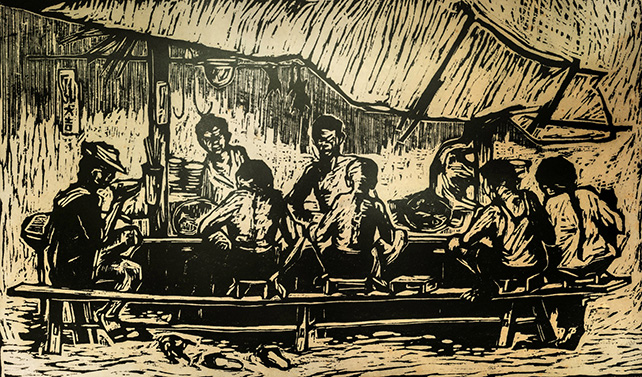 An amalgamation of iconic works from the fifties to the late eighties, “Reminiscence” reflects fragments of nostalgic scenes of the Lion City on her road to independence and the process of nation building.

Influenced by the Chinese Woodcut Movement of the 1930s, which were an avant-garde expressionism of early revolutionary zeal, Choo adopted woodcraft prints that depicted scenes of coolies, street hawkers and farmers at work.

Endowed with an uncanny ability to capture the atmosphere and character of places, Choo would travel to many distinctive Singapore landmarks in the 1970s and 1980s to paint his compositions. There, he embodied the bustle and commotion of activities of Samsui women, fruit and vegetable vendors and Chinese operas into his vivid paintings of the Singapore landscape.

Born in Singapore in 1931, Choo is an anchor figure in the Singapore arts scene, well-known for his oil paintings of landscape, animals and nature. An educator and philanthropist, Choo’s oeuvres have been commissioned by royalties and governments, and gifted to foreign dignitaries.