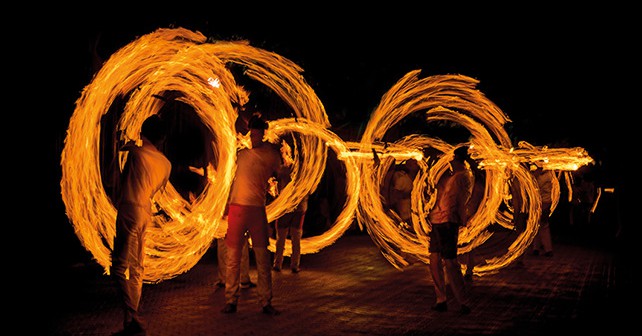 Legend has it that when Buddha was cremated in the fifth century BC, one of his followers took a tooth from the pyre. The holy canine was later smuggled to Sri Lanka, in the hair of an Orissan Princess disguised as a Brahmin priest. King Megavanna was so happy to have the religious relic on his island that he had it paraded through the city for his subjects to marvel at. 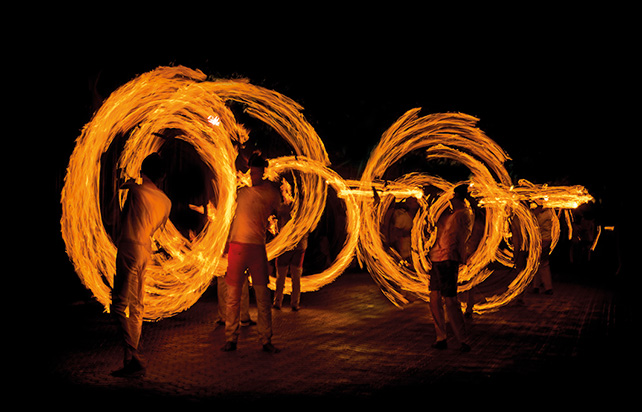 The Perahera Festival is a historical, annual procession celebrated throughout Kandy, Sri Lanka, to pay homage to the Scared Tooth Relic of Lord Buddha, which is housed at the Sri Dalada Maligawa Temple in Kandy for more than 400 years. Rich in heritage and a unique symbol of Sri Lanka, the procession consists of various traditional fire performers who dance around elephants adorned with lavish garments, as they surround the Sacred Tooth Relic of Lord Buddha.

Artist Lalin Jinasena captured moments of breathtaking feats by the Fire Dancers as they encircle themselves in drapes of fire against the black night. Among other Buddhist pilgrims drumming, dancing and brandishing whips, the religious Fire Dancers create a devotional brilliance with enclosing flames, a spectacle rarely seen elsewhere in the world. 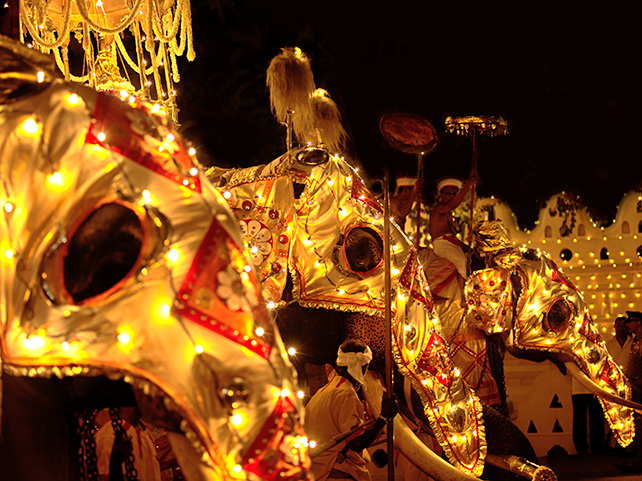