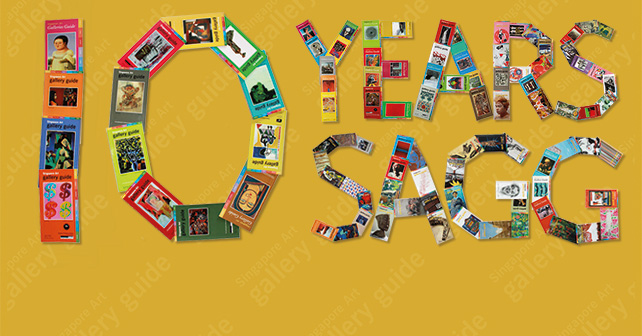 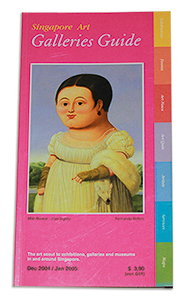 The Singapore Art Gallery Guide (SAGG) celebrates its 10th birthday this December – and what a decade it has been! Spearheaded by former gallery owner René Daniels, SAGG was the first guide to the art and cultural institutions of Singapore, and to this day the free monthly pocket-sized publication remains the most well read and comprehensive. SAGG enjoys a readership of more than 18,000 fine art collectors, influential art critics, governmental and private sponsors of the arts, as well as local and international visitors seeking guidance on how to enrich their cultural experience of the city. 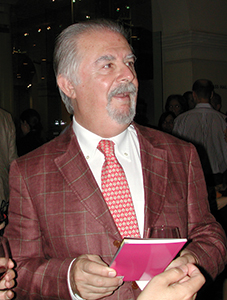 In the early days, SAGG mainly listed galleries, exhibitions, artists, and art services. The inaugural issue for December 2004/January 2005 featured Colombian artist Fernando Botero’s exhibition “Botero in Singapore” at the Singapore Art Museum (SAM). Botero himself came to Singapore to open the exhibition, where the first issues were presented, and expressed his appreciation for the fledgling guide – quite an auspicious start!

Over the months and years, the listings – as well as our editorial section – have grown significantly. One of our first editorials was about “Art and Globalisation”, a topic that is just as relevant now as it was in 2005 – so much so that we recently republished the article on our website. Many might also remember our former Executive Editor Usha Nathan, who contributed significantly to the editorials from January 2007 to October 2009. A big thank you from here to New York City, where Usha now lives with her husband.

We have also introduced many regular columns, with a particular focus on contributions from local artists and curators. “Ask the Artist!” was a column in which local artists shared their insights – past contributors have included Justin Lee (October 2005), Ang Ah Tee (January/February 2006), Hong Sek Chern (August 2006), and Agathe de Bailliencourt (November 2006). 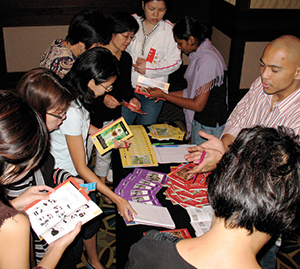 Since May 2006, Vidhya Gnana Gouresan, the Curatorial Director and Co-Founder of Gnani Arts, has written a regular column “The Aesthetic Awakening”. From January 2007 to June 2011, SAGG featured a series of articles on art education, including hands-on projects put together by artist Kelly Reedy. The Substation is also a long-time contributor with their ongoing column “The Substation Soapbox”.

Other regular contributions include our series “The ‘Other’ Spaces” about alternative art venues such as Grey Projects and INSTINC, the column “Artist Speak” by the independent cultural and social space Post-Museum, “Art Glass Solutions” by glass artist B. Jane Cowie, and “Creating Changes” by the Art Therapy Association Singapore (ATAS).

More than just a listings guide, SAGG aims to make a contribution to the local arts scene. This is achieved through articles and commentary, but also, for example, through Arron Teo’s photographic insights into local spaces and happenings. His ongoing photography column has included photographs of Gillman Barracks one month before its official opening, and he documented the late ‘Grandfather of Singapore Sculpture’ Ng Eng Teng’s home before it met the wrecking ball. 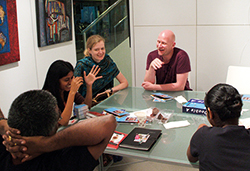 SAGG has forged many rewarding collaborations with local institutions and players in the Singapore art scene. This includes ArtScience Museum at Marina Bay Sands and Singapore Art Museum, and SAGG is a media partner for most of the city’s art fairs, including the prestigious Art Stage Singapore.

In March 2006, we also began a fruitful collaboration with tcc – The Connoisseur Concerto, the leading chain of art boutique caffès in Singapore, and their valuable support continues to this day.

A decade along, SAGG goes from strength to strength. Since March 2014, it is now headed by Irene Marx, who has been part of the team as its Art Director from the very beginning. The previous Editor-in-Chief René Daniels has meanwhile moved on to pursue other projects. But don’t worry, he is watching from afar, happy about the blossoming of the guide. 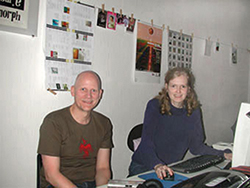 SAGG has always aimed to be a comprehensive and practical tool to help our readers make their way around the Singapore art scene. Earlier this year we relaunched our website (sagg.info), which is now the most comprehensive website about art events in Singapore, listing an average of 100 visual art exhibitions and events per day, including workshops, guided tours, art talks, festivals, theatre, film, music and art events for kids. The website also has an increasing number of visitors, with currently 20,000 views per month. Forty percent of the website visitors are from Singapore, while the remainder come from all over the world. It is astonishing how much the art scene has grown in the last decade, and we are proud that SAGG has been there to document the city’s rising importance as an art centre both for the region and internationally.

In these final words, we would like to send out a big thank you to all of our advertisers, supporters, and partners who have shown faith in the publication, and have encouraged its development to become what it is today. We also want to thank our readers for joining us on this journey from our pioneering beginnings as Singapore’s first arts publication of its kind to our current status as a leading and trusted guide to Asia’s most blossoming arts hub. 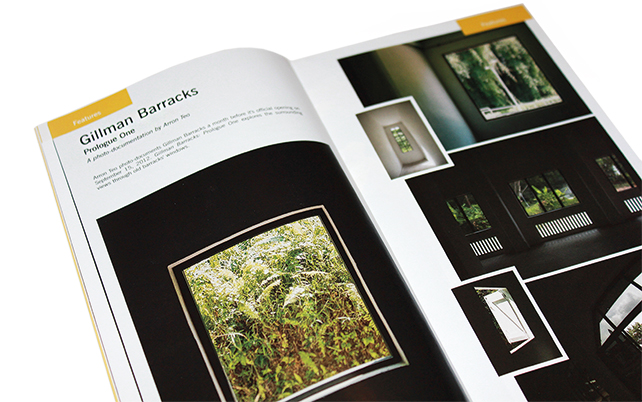