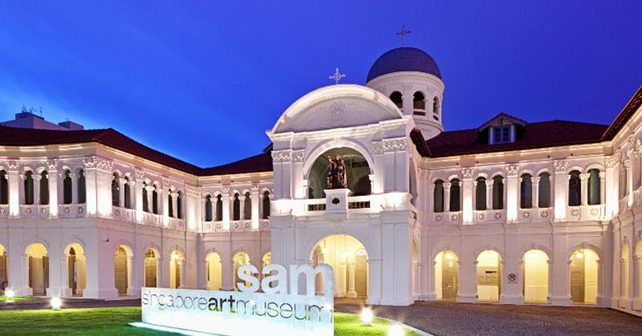 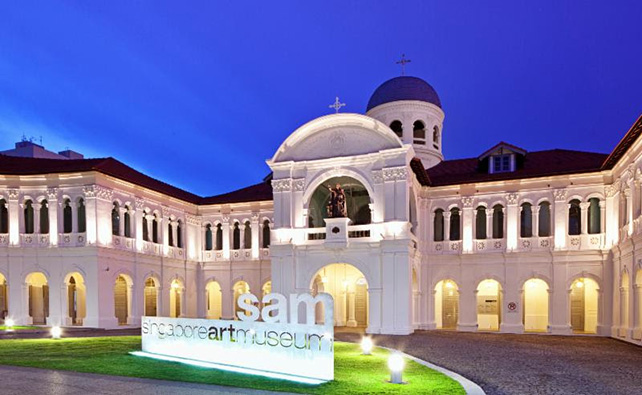 Internationally renowned SCDA Architects have been appointed to manage the redevelopment of the Singapore Art Museum (SAM) buildings, following an announcement of the revamp in April 2017 by Minister for Culture, Community and Youth Grace Fu. An open tender for the project was called in September 2017 and closed in December 2017, with SCDA Architects winning the bid. Past SCDA Architects projects include the National Design Centre, Singapore. Refer to Annex A for more details.

SAM’s museum programming continues to take place at SAM at 8Q till end of January 2019, including the 2018 edition of Imaginarium in May and President’s Young Talents in October, as well as at external venues, such as the triennial Signature Art Prize at the National Museum of Singapore in May. Thereafter, members of the public can look forward to pop-up contemporary art projects at partner venues, as well as co-curated and touring exhibitions by SAM. More details about the plans will be shared in the coming months.

Prior to the commencement of the building works, a series of archaeological activities will take place at the former SJI building during Singapore Heritage Festival 2018, as part of the National Monument’s bid to deepen the public’s understanding of its history, which dates back to 1855.

An archaeological investigation will be conducted by the Nalanda-Sriwijaya Centre Archaeology Unit, ISEAS-Yusof Ishak Institute, around the premises of the former SJI building. This will be complemented by an exhibition detailing the process of conducting archaeology – from site evaluations to post-excavation research and analysis, so that visitors can better understand the work and processes behind archaeology. This archaeological investigation is undertaken to determine the archaeological significance of SAM as a historical site, investigate the possible presence of archaeological materials and ascertain if any further steps are necessary before building works commence. The investigation is especially important as the site is located right outside the walls of ancient Temasek. It may also reveal more about the histories and usage of the site, which prior to the construction of the building in 1855, was the site of the earliest Roman Catholic chapel in Singapore.

Other archaeology-related activities which will take place at SAM as part of the Singapore Heritage Festival 2018 include free daily tours, immersive theatrical tours, as well as talks and meet-and-greet sessions with the archaeology team, all of which are co-organised with the National Heritage Board and ISEAS. 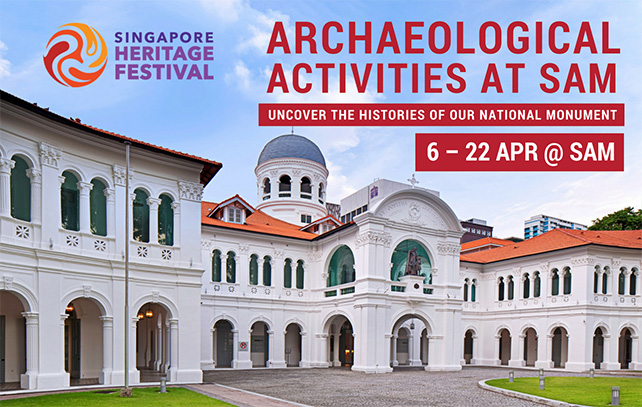 Immersive theatrical tours featuring the stories of the SAM building

In another exploration of the 160-year-old National Monument’s history, Singapore Art Museum presents a series of theatrical tours that will allow members of public a final chance to explore the building before the revamp. Actor-tour guides will take on the personas of the people (and ghost) who have inhabited the building, guiding visitors through restricted areas at SAM as they perform stories inspired by true stories.

Besides the Excavations Theatrical Tours, a specially-produced Excavations Kit delves deeper into the building’s secrets through activity pages and a booklet of stories by SJI alumni, security guards and museum staff. The Excavations Kit and ‘Book of Mythologies’ are available for sale at the vending machines located at the SAM Curve (area outside the former Dome restaurant), at $45 and $20 respectively. 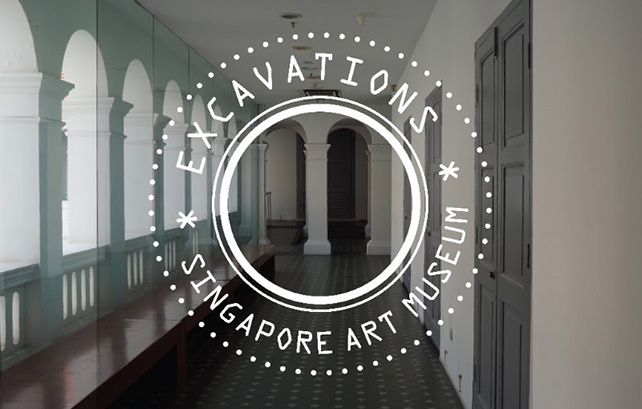