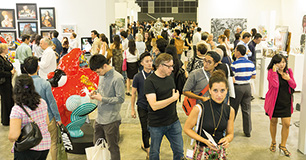 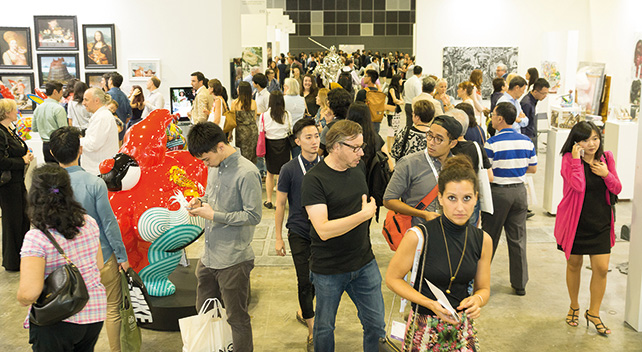 The inaugural Singapore Art Fair ended on 30th November 2014 on a positive note. It hosted a total of 10,500 visitors across four days. Some 59 galleries from 22 countries, featuring more than 230 artists from the Middle East, North Africa, South and Southeast Asia (ME.NA.SA) participated in the inaugural fair.

“The first instalment of the Singapore Art Fair is a great success. We have learnt a lot in the lead-up, during and even after the fair. What was most significant was we have found that the Singapore community has a curiosity for ME.NA.SA art and is intrigued by it. We are very honoured to have been given an opportunity to contribute to Singapore’s arts scene, strengthening the position of the city state as an arts hub in the region,”

Galleries from the regions connected and have begun discussions on how they could collaborate and forge closer working ties.

“Singapore Art Fair has introduced us to people whom we have not met before. New friendships developed as a result. We are confident that visitors will continue to show an interest in works by Middle Eastern artists.”

“We may not be that well-established in Singapore as compared to other galleries in this region. However, we are heartened to see interest from the public in our artists’ works.”

This was affirmed by several galleries exhibiting at the fair. Mr Ryo Wakabayashi, CEO of Mizuma Art Gallery (Singapore/Japan) said,

“The fair has provided us with opportunities to collaborate with galleries from the Middle Eastern and North African regions in the long term. Together, we can strengthen awareness of ME.NA in Asia and Asia in the ME.NA regions.” 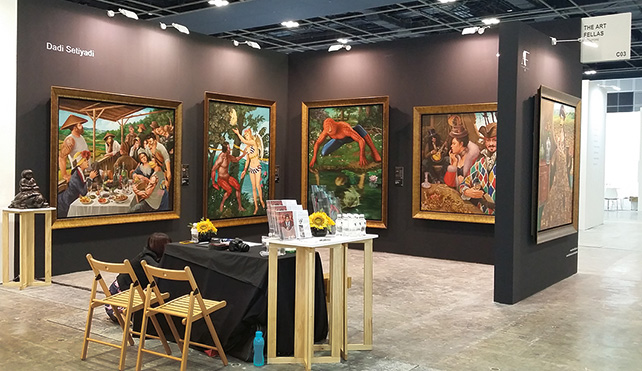 The majority of galleries enjoyed good sales during the fair with many of their important pieces being sold. Mr Cruz Phua, Managing Director of The Art Fellas (Singapore) added,

“We are pleasantly surprised with the quality of visitors. Though our investment in a larger booth was initially bold, we are glad to announce that all the works by Indonesian artist Dadi Setiyadi have been sold. Interestingly, all these works were mostly bought by Singaporeans.”

Dadi Setiyadi’s artwork “Inside of me” has graced the cover of the Singapore Art Gallery Guide November 2014 issue.

Heartened by the enthusiastic response, the organisers of Singapore Art Fair are exploring how it can be taken to greater heights for future editions. The next fair has been scheduled to be held from 19 to 22 November 2015.