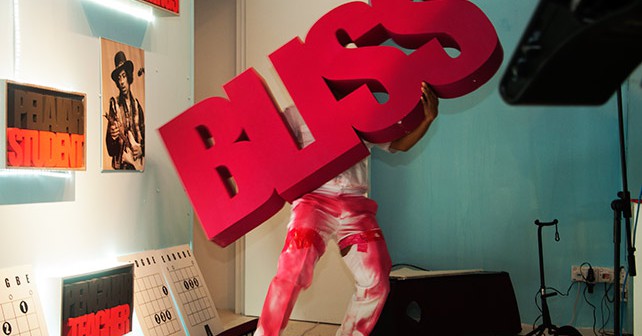 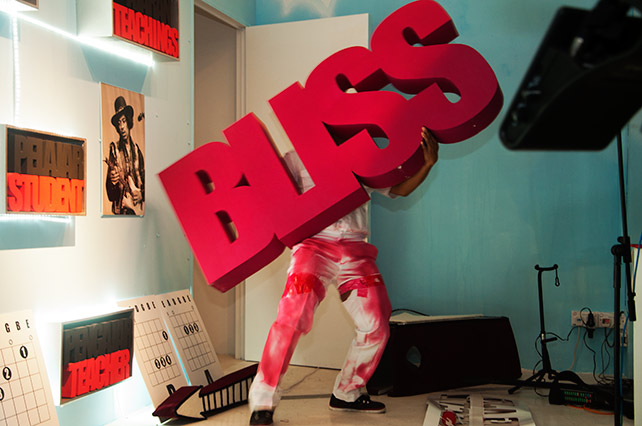 Bliss by Rizman Putra. Photo courtesy of the artist

For the first time, France has invited Singapore to present the best of its contemporary arts and culture and heritage in a large-scale showcase. Anchored by a core series of visual, performing arts and film programmes complemented by design and lifestyle related projects, Singapour en France – le festival (Singapore Festival in France) reflects the unique and diverse practices in Singapore’s arts and cultural landscape.

The Festival is co-organised by the National Heritage Board (NHB), the National Arts Council (NAC) and Institut français (IF), France’s agency for international arts and cultural projects, and supported by Singapore’s Ministry of Culture, Community and Youth, and Ministry of Foreign Affairs, as well as France’s Ministry of Foreign Affairs and International Development, and Ministry of Culture and Communication. Held in prestigious institutions in key French cities, the Festival is one of the international celebrations for our golden jubilee year, and also marks 50 years of diplomatic ties between the two countries. Cultural exchanges between France and Singapore have been facilitated by the cultural Memorandum of Understanding (MOU) signed between the two countries since 2009, and this festival is one of the major outcomes of this agreement.

The 3 month-long Festival will open to the French public on 26 March 2015 with an exhibition Secret Archipelago and a durational performance The Singaporeans at Palais de Tokyo in Paris, the largest contemporary art centre in Europe. Secret Archipelago is curated by NHB in collaboration with Palais de Tokyo. The Singaporeans is a 6-hour site-specific performance directed by Ong Keng Sen, Festival Director of the Singapore International Festival of Arts.

The Festival continues with a classical music concert featuring a soloist from the Singapore Chinese Orchestra with the Orchestre de Bretagne conducted by Singapore conductor Darrell Ang at La Philharmonie of Cité de la Musique in Paris; productions by Frontier Danceland at Le Tarmac and by Ramesh Meyyappan at the International Visual Theatre in Paris, as well as a concert of ancient nanyin music by Siong Leng Musical Association at the Théâtre des Bouffes du Nord in Paris, La Comète in Châlons-en-Champagne and Le Lieu Unique in Nantes.

Other events in the pipeline include:
· Art Garden, a family-friendly art exhibition of interactive and engaging works by Singapore artists, at the Gare Saint-Sauveur in Lille;
· Open Sea, an exhibition at Musée d’art contemporain de Lyon in Lyon;
· Lear Dreaming by TheatreWorks (Singapore) at Théâtre des Abesses in Paris;
· Between by choreographer Christina Chan and Frontier Danceland at Centre Chorégraphique National in Tours;
· design and architecture exhibition 1000 Singapores by DesignSingapore Council;
· a 50-year retrospective of Singapore cinema from pre-1965 by the National Museum of Singapore and Singapore Film Commission at the Cinémathèque française in Paris.