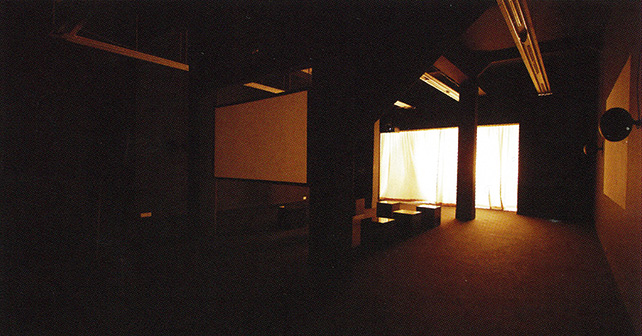 The Asia Pacific Breweries (APB) Foundation and Singapore Art Museum (SAM) announced that Ho Tzy Nyen’s PYTHAGORAS (2013) has been awarded the Grand Prize of the Asia Pacific Breweries Foundation Signature Art Prize 2014 worth $60,000. The winners were announced this evening at an awards ceremony at SAM. Guest-of-honour, Mr. Lawrence Wong, Minister of Culture, Community and Youth, was present to grace the occasion.

Established in 2008 by the APB Foundation and SAM, the triennial prize seeks to present the most outstanding contemporary art from both established and emerging artists in the Asia Pacific region. The third edition of the triennial prize received 105 nominations from 24 countries and territories in June 2014, which was later shortlisted to 15 artworks from 13 countries in August 2014.

A complex and beautiful video installation that centres on four different works that react to one another in a single space, Ho Tzu Nyen’s PYTHAGAROS creates an immersive experience for audiences to explore the concept of the unseen and the concealment of power, sound or the voice through the notions of veils and curtains. The work’s title is inspired by Pythagoras of Samos, the Greek philosopher and founder of Pythagoreanism, in which disciples were required to sit in absolute silence while listening to their master’s voice from behind a veil. An almost theatrical piece, the work also features characters from film and literary history such as the Wizard of Oz, Fritz Lang’s Doctor Mabuse, Stanley Kubrick’s Hal 9000 and Jean-Luc Godard’s Alpha 60, all of whom use the effect of ‘voice’ for their own purposes.

Two Jurors’ Choice Award, each worth S$15,000, were also presented to Chinese artist Liu Jian Hua for Trace, a striking piece inspired by the traditional art forms of calligraphy and porcelain to comment on societal ills; and Indonesian artist Melati Suryodarmo for I’m a Ghost in My Own House, an intense 12-hour durational performance that sees the artist grind and crush hundreds of kilograms of charcoal, a symbol of life’s energy.

The APB Foundation has committed a total funding of $4.75 million for five editions of the APB Foundation Signature Art Prize which first took place in 2008. The last two editions will occur in 2017 and 2020, where once again, works from the preceding three years will be nominated for this prestigious art prize, via selected nominators from around the Asia Pacific region. The Asia Pacific Breweries Foundation Signature Art Prize 2014 Finalists Exhibition will be