Singaporeans Celebrate Everyday Heroes in ‘The Best of You’ Exhibition 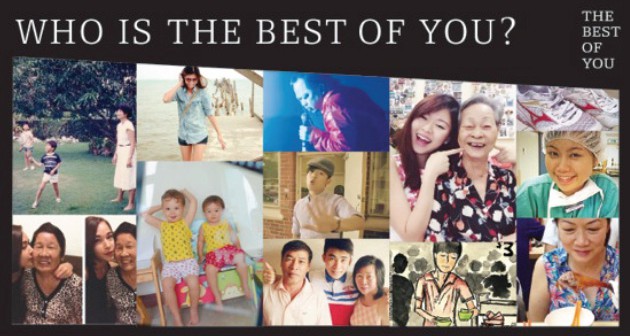 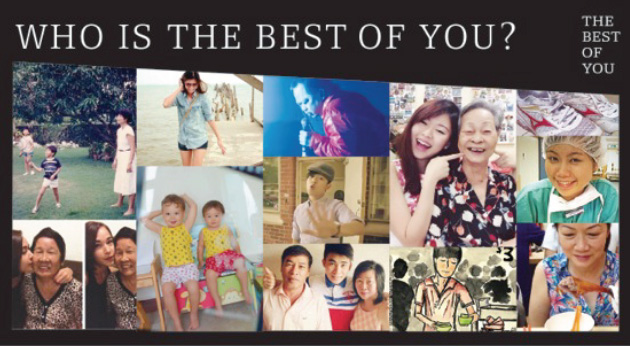 The Best of You, a social movement started by biscuit manufacturer Julie’s earlier this year, will culminate in a special exhibition at the central atrium of Marina Square from 22 – 26 October 2014. The free-to-enter public exhibition will feature submissions to the movement, which encouraged Singaporeans to ask themselves, “Who is the best of you?” It will also highlight artworks by established and up-and-coming local artists and talents inspired by the movement.

Introduced in May 2014, The Best of You movement aims to promote personal affirmation
amongst Singaporeans, as well as to inspire them to acknowledge and appreciate the people and experiences that have brought out the best in them. The movement prompts individuals to slow down and take time out to recognize the small actions and achievements that they often neglect.

“The Best of You was based on a simple, universal notion of appreciation and affirmation.
Since our launch, we have received overwhelming support from the public in the form of many heart-warming, inspiring and empowering stories. The exhibition is an ideal platform to share the spirit of our movement through the spectrum of works from our public submissions, our emerging talents, creative veterans, and the participating organisations that have supported and been inspired by it,” said Sai Tzy Horng, consultant and spokesperson for The Best of You.

On 1 June 2014, members of the public were invited to share their stories and submit
photographs of objects, drawings, or trinkets that best captured their response to the
question, “Who is the best of you?” on the official website (the-best-of-you.com).

Highlights of The Best of You exhibition

Accompanying the public’s submissions will be presentations and works contributed by established Singaporean artists and creative talents – including sharing sessions with
comedian Kumar and actress/director Michelle Chong, a short film by Royston Tan, an edible confectionery installation by pastry chef Janice Wong of 2am:dessertbar, and works by award-winning director Lawrence Ong and artist Alecia Neo – in collaboration with and
inspired by The Best of You.

In support of local up-and-coming artists, there will also be a selection of works by emerging talents such as Lim Qi Xuan and Kelly Lim of The Hanana. The Best of You has also partnered up with organizations such as Singapore Polytechnic’s School of Design, ITE, MINDS, the Yellow Ribbon Project, and Ministry of Social and Family Development, which have contributed additional works to be displayed in the exhibition.

Special programme highlights to further engage the public with The Best of You movement include a free-to-attend creative embroidery workshop with Teresa Lim of Teeteeheehee. More details will be released via the movement’s website (the-best-of-you.com) at a later date.