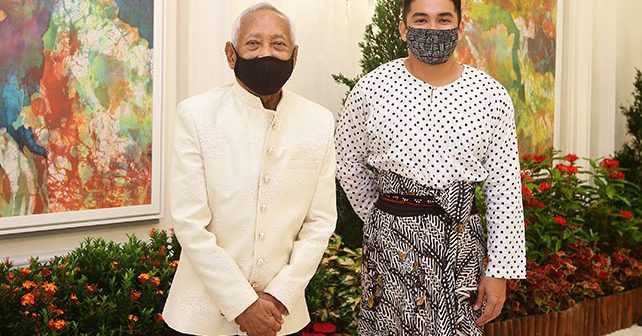 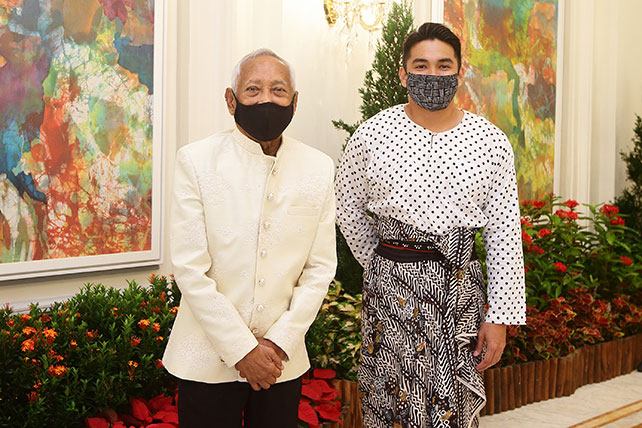 The National Arts Council (NAC) has conferred two Cultural Medallions and four Young Artist Awards across various art disciplines, recognising exemplary Singaporean artists for their distinctive bodies of work, artistic excellence and their contributions to the development of our nation’s arts and cultural landscape. With practices spanning music, theatre, visual arts and film, this year’s recipients are a testament to the diversity of Singapore’s arts scene. The award affirms the power of arts and culture as inspiration to our society, coming at an important juncture as many Singaporeans are still facing the unprecedented effects of the COVID-19 pandemic and its impact on the community’s artistic endeavors.

Two outstanding individuals have been awarded with the Cultural Medallion this year. Regarded by many as the pioneer of batik painting in Singapore, the work of Sarkasi Said, or “Tzee”, 80, is easily recognisable with his unconventional use of an abstract wax-resisting technique, bold use of colours and frequent depictions of nature. His career began with his batik design of the Singapore orchid which was selected by the National Trades Union Congress for a Singapore Dress. Today, Sarkasi Said’s works have donned the halls and offices of notable figures worldwide, including the Sultan of Brunei, King Harald and Queen Sonja of Norway, and the President of the Republic of Singapore. He is also the recipient of several prestigious awards, including the Best Foreign Entry, Sarasota Art Society, USA in 1981, and First Prize – Abstract, 8th UOB Painting of the Year in 1989. In 2003, he broke the World Guinness Book of Records for the world’s longest batik painting measuring 103.9m by 0.55m.

Contemporary mixed media visual artist Dr. Vincent Leow, 59, interrogates the role of artists and art-making in contemporary society through his work, delving into various mediums such as sculpture, painting, print-making, drawing, performance art and video to convey his perspectives in an intuitive manner. Vincent Leow is a key figure in promoting contemporary art practices in Singapore and the region, having co-founded artist-run spaces including Utopia and Plastique Kinetic Worms (PKW). He has also represented Singapore at prestigious platforms, including the 11th Asian Art Biennale in Bangladesh (2004), the 2007 Gui Yang Biennale of Contemporary Art in China, and the 2007 Venice Biennale.

Dr. Yanyun Chen, 34, is a visual artist, known for her drawing, animation and installation practice. Her works delve into the aesthetic, cultural and technological inheritances on one’s body, unravelling fictional and philosophical notions of embodiment. Most recently, Yanyun received the Prague International Indie Film Festival Q3 Best Animation Award for Women in Rage (2020) which she co-directed with Sara Chong and the ArtOutreach IMPART Visual Artist Award (2019). She is a lecturer at Yale-NUS College in Singapore and founded studio Piplatchka and publishing house Delere Press.

Irfan Kasban, 33, is an accomplished English-Malay theatre playwright, director and actor, whose close attention to detail and imaginative yet affective aesthetics in theatre has appealed to a diverse audience and theatre novices, including his 2013 play Tahan, which was featured as one of 50 seminal Singapore English-language theatre works in the Esplanade’s SG50 commemorative programme ‘The Studios: fifty’.

Nicole Midori Woodford, 34, a film director, writer, and editor who is most recognised for her internationally showcased short film, Permanent Resident (2017). She is in production for her upcoming feature film Last Shadow at First Light. She is also the inaugural recipient of the Youth Inspiration Award from SCAPE and the Singapore International Film Festival (SGIFF) for her works and mentorship of film students.

Sushma Soma, 33, an internationally recognised Carnatic (South Indian classical) vocalist, with performances at several prestigious venues under her belt, such as the Indian Embassy Brussels, The Bhavan London, and The Madras Music Academy in Chennai. She is also actively engaged in the arts in the capacity as a researcher, educator and writer, amongst others.