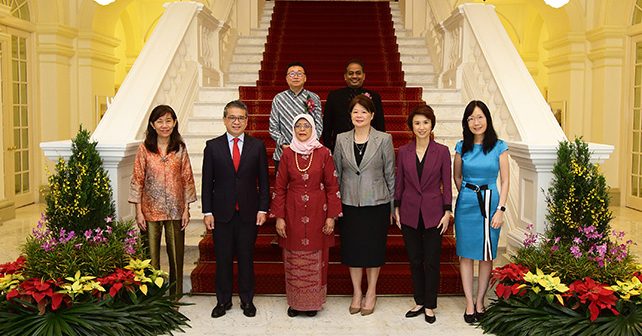 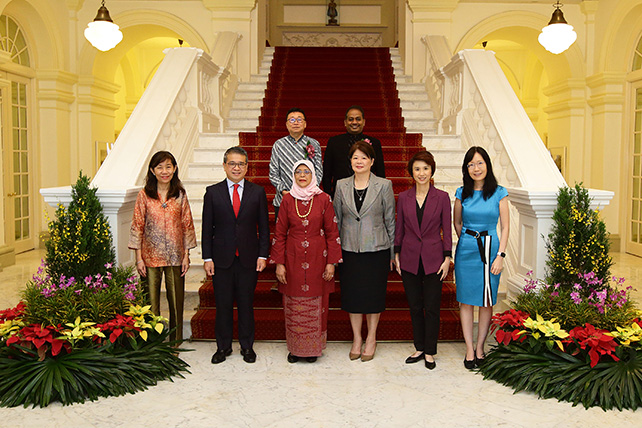 The National Arts Council (NAC) has conferred two Cultural Medallions and four Young Artist Awards at the Istana on December 5th, 2022. The distinguished awards recognise outstanding artists for their artistic excellence, distinctive body of works and contributions to developing our nation’s arts and cultural landscape. This year’s awards celebrate a diverse group of artists specialising in different fields, who have contributed to enhancing the vibrancy of our arts ecosystem and Singapore’s standing in the global art scene.

Award-winning Artistic Director Aravinth Kumarasamy is well-known for conceptualising new and innovative ways of presenting traditional Indian dance productions and has developed over 35 original works showcasing the diversity and depth of his practice. A prominent figure in the world of Indian Dance ensembles, his work has been recognised locally and internationally. Under his leadership, Apsaras Arts travelled to over 40 countries for international collaborations and participated in festivals, placing the country’s Indian dance on the world map; in 2020, Apsaras Arts also received the National Heritage Board’s Intangible Steward of Cultural Heritage Award. With his contributions to the arts scene, Aravinth also received the Young Artist Award in 1999.

Veteran theatre practitioner, playwright and dramaturg Kok Heng Leun is a prominent figure in the Singapore arts scene with a longstanding artistic career of almost three decades. He has directed over 90 productions and, until recently, served as Artistic Director at Drama Box. Characterised by a distinctive artistic practice that centres on community and civic engagement, his framework has generated platforms for participatory and co-creative processes and is often developed in collaboration with marginalised communities. His body of work explores concepts from environmental issues to multilingualism, space, and the role of artists in society. His contributions have landed him multiple awards, including the Young Artist Award in 2000.

Guo Ningru is a Sound Designer who has created for some of Singapore’s top dance and theatre companies, such as Singapore Repertory Theatre (SRT) and T.H.E Dance Company.

Ho Rui An is an artist, writer, and researcher who works at the intersections of contemporary art, cinema, performance and theory.

Widely known as the Co-Director of the animated music video The Road Ahead for the National Day Parade 2021, animation filmmaker Jerrold Chong explores universal themes of connection, time, memory, and social issues through his works.

Flautist and music educator Rit Xu’s dexterity in being able to play different genres, from jazz to contemporary classical music, has made him internationally recognised as one of Singapore’s most versatile talents.