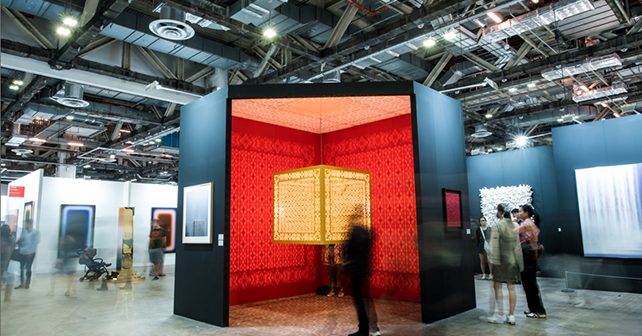 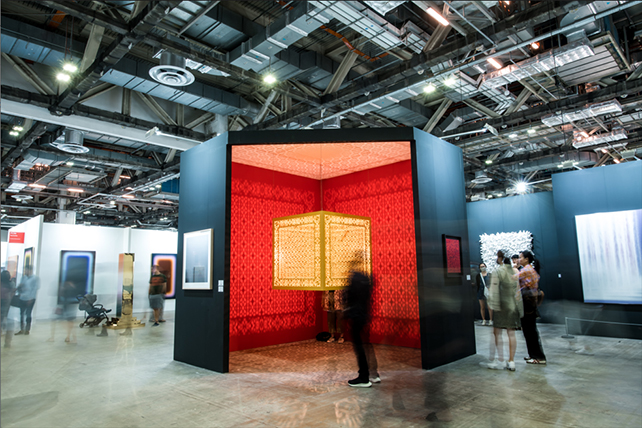 The highly anticipated launch of ART SG closed to significant critical acclaim amid reports of buoyant sales. Held across four public days, the fair featured a strong line-up of 164 galleries from 35 countries and territories worldwide alongside carefully curated talks and film programmes. Hailed by many as the beginning of a new chapter for the art market in Asia, consensus has quickly built that ART SG will play a critical role in developing the audience for contemporary art in the region and in connecting Southeast Asia to the wider art world. ART SG brought together galleries, collectors, institutions, artists, organisations and art-lovers alike, fostering crucial opportunities for dialogue, discovery and exchange. Presented over two floors of the Marina Bay Sands Expo and Convention Centre, ART SG, organized by The Art Assembly, welcomed 42,706 visitors to its first edition.

ART SG’s rich programming, as part of the dynamic Singapore Art Week (SAW), has firmly placed Singapore as a key feature on the international art world map. Leading cultural institutions and galleries across the city held exhibition openings, artist performances, and special events, providing international visitors wide-ranging opportunities to explore Singapore’s diverse and vibrant cultural fabric in the lead up to and throughout the fair’s opening.

The fair attracted a truly global audience, including a significant number of private collectors as well as representatives from local, regional, and international art institutions. Thousands of VIPs attended the preview day of ART SG, including local and international collectors from Indonesia, Thailand, Philippines, Malaysia, Vietnam, Australia, Japan, Korea, Mainland China, Hong Kong, Taiwan as well as Europe and the United States.

“It’s been a surreal past few days at ART SG – to be part of a fair with this quality and scale, to witness the vibrant coming together of Southeast Asia’s exciting art scenes, and to have Singapore gain this kind of visibility on the global art stage – have been incredibly rewarding. It’s hard not to be inspired by the energy and momentum of it all. Of course, it’s been wonderful to witness the art market alive and well. Our sales were strong since the VIP day. We sold works by distinguished artists in our roster, such as Ashley Bickerton, I Gusti Ayu Kadek Murniasih, Jane Lee, Yunizar, Han Sai Por, Erizal As, along with younger artists such as Uji ‘Hahan’ Handoko Eko Saputro, Ridho Rizki and Herru Yoga – to collectors both old and new. We feel this is the beginning of something bigger, and we’re looking forward to the possibilities these new connections will now foster.”
~ Jasdeep Sandhu, Founder, Gajah Gallery (Singapore, Jakarta, Yogyakarta)

Throughout the fair week, galleries reported robust sales, with works placed in major collections. Galleries highlighted an enthusiastic response from both established and emerging collectors from all corners of the world, with many noting that ART SG had provided a great platform for meeting new collectors.

A snapshot of reported sales include: White Cube sold 17 pieces on the opening day totalling around USD 3 million, including a work by Anselm Kiefer for EUR 1,200,000 to Indonesia; Gagosian placed two works by Ashley Bickerton with Museum MACAN in Jakarta; Pace sold a number of works including an installation by James Turrell for USD 950,000, a sculpture by Keith Haring from USD 250,000 and a work on paper by Lee Ufan for USD 150,000; and during the opening hours of the fair David Zwirner sold more than half the booth with a value totalling more than USD 2.5million; Lehmann Maupin sold a number of works including four new works by Mandy El-Sayegh for a combined total of USD 335,000 to different collections across Singapore and Asia, and three works by Lee Bul sold for a combined total of over half million dollars, to different institution and private collections throughout Southeast Asia; Xavier Hufkens placed a range of works including a painting by Zhang Enli for approximately USD 350,000 and two neon works by Tracey Emin for prices ranging between GBP 85,000 – 140,000; Meyer Riegger sold a work by Miriam Cahn for around CHF 200,000; Stephen Friedman Gallery placed a sculpture by Yinka Shonibare CBE RA for GBP 150,000; Templon sold a sculpture by Chiharu Shiota to a private local collector for EUR 90,000; Sullivan+Strumpf placed major video works by Dawn Ng and Yang Yongliang to private collectors; Yavuz Gallery sold a mix of paintings and sculptures by Pinaree Sanpitak, the Aquilizans, Kawayan de Guia, and Abdul Abdullah; Sundaram Tagore Gallery made sales totalling a little more than USD 1 million, including a work by Hiroshi Senju for USD 245,000 and two works by Chun Kwang Young for USD 197,000 and USD 184,000; Eric Firestone Gallery sold a range of works to new buyers met at ART SG including large-scale FUTURA works for a range between USD 75,000-175,000; Eslite Gallery sold a number of works by Benrei Huang including a sculpture sold to a private collector in Southeast Asia for the price of around USD 60,000; DE SARTHE sold a painting by Mak2 for a price range between USD 30,000-50,000 to a private collection in Singapore; and Michael Ku Gallery sold a work by Wei Jia for USD 95,000 to a prominent Indonesian collector.

“The fair has really exceeded our expectations – the first night we came close to selling the entire booth, then we rehung and made good sales every day. It’s wonderful to be back in Singapore for what is shaping up to be a new and exciting chapter!”
~ Ursula Sullivan, Sullivan+Strumpf (Singapore, Sydney, Melbourne)