The Beauty of Debris 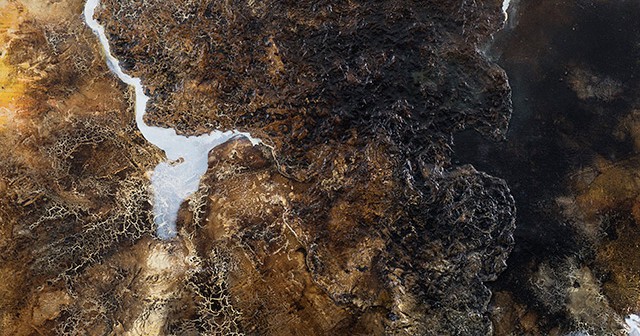 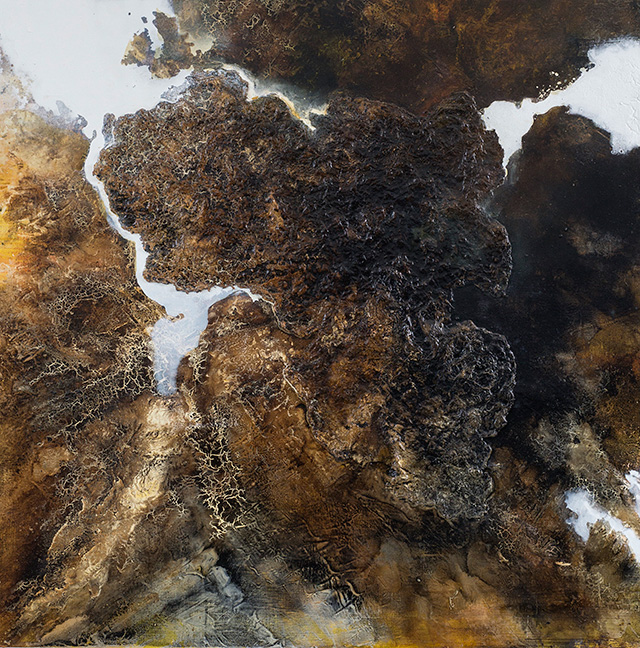 Balcony Brushstrokes presents Kavita Issar Batra’s solo exhibition ‘Of Time, the Elements and their Essence’ at Intersections Gallery. Issar Batra, who is British of Indian origin, has lived in Singapore for the past six years, and has embraced the city’s natural and urban environment as inspiration for her maturing body of work.

The upcoming exhibition is based on her observation that detritus on the street – natural and urban artefacts of the processes of ageing and weathering, usually underfoot and ignored – are profoundly beautiful. Shifting one’s gaze from up – where Singapore’s shining towers of glass and concrete hold their own fascinations – to down, one may notice another world; of dead leaves, flowers, seeds, bark, twigs, even concrete and metal, all cast-offs of the abundant nature in the city, or of the built city itself.

Three years ago, Issar Batra’s attention began to be drawn down to these cast-offs during her morning walks. She started taking photographs on her iPhone “to preserve the spontaneity of spotting and documenting”, and posted her images on Facebook. Soon, the photographic series began to expand, and the montages of the detritus, taken either in situ as found, in compositions arranged along the way or using one of her canvases as a backdrop, can be viewed on the Facebook page ‘Morning Walk Montages’. 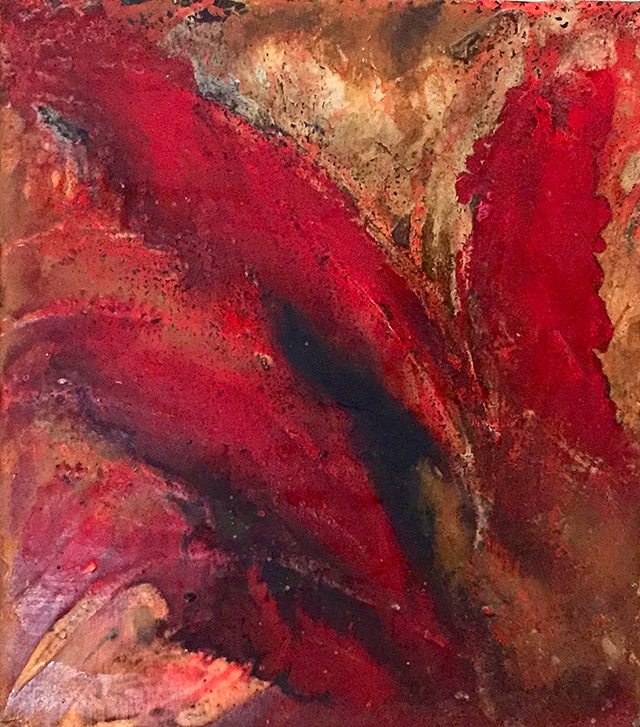 Issar Batra also brings the inspiration of detritus to her canvases. In contrast to the photographs, which are more instantaneous and literal documentations, her painted work has veered towards abstraction, which, she argues, better captures the emotions and mystery, lyricism and mood that the detritus invokes in her. Furthermore, the act of painting itself, she explains, also mimics nature. She follows the process rather than planning ahead, uses layers to build up colour and texture, but also strips away to reveal layers and erosion, much like nature does. “My canvases reflect the emotion Nature evokes in me. This feeling translates into an art form, the provenance of which is the beauty of the debris.”

At the exhibition, a limited edition of hand numbered and signed books of the morning walk montages will be launched. Each contains a handmade unique montage made from some of the detritus collected over the years.

Issar Batra’s oeuvre spans oil, acrylic, mixed media paintings, installation and photography. She has participated in a number of group exhibitions in Singapore and her artworks are in private collections in various countries.