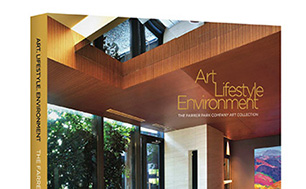 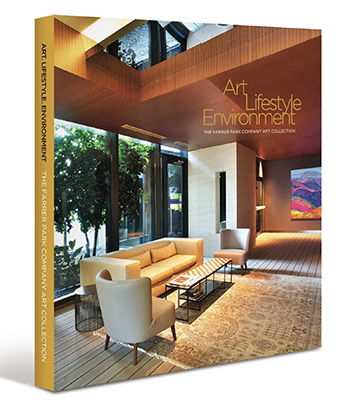 The book takes the reader from ‘Creating a Vision’, through the varied ‘galleries’, encompassing selections from each of the artists involved, detailing the Objets D’Art which give depth to its cultural and artistic aims and ending with an essay: ‘Building A Collection’, describing the thought process behind the conceptualization, creation, commissioning, selection and installation of the Collection.

While such books are usually undertaken to commemorate a milestone such as a landmark anniversary, this collection, already recognized as one of the most comprehensive in the region, merited an immediate chronicle of the artists and their works, as well as the spaces for which the pieces were specially commissioned, and the ‘total lifestyle environment’ of which the Collection is an integral part.

The book highlights many of the over 700 individual pieces in the collection, representing over 60 well known and emerging artists living and working throughout Greater Asia, such as Eric Chan, Ivan David Ng, Milenko Prvacki, Jeremy Sharma, Tay Bak Chiang, Wong Keen, Chris Yap, and Shih Yun Yeo, among others.

“This is a book about the unique and intuitive process of creating an art collection. It chronicles a three-year-journey-from the genesis of a vision to the reality-of conceptualizing and commissioning a rich collection. Over 700 original two- and three – dimensional abstract and contemporary artworks, 90 percent of them specifically commissioned for the spaces where they have been installed, are by established and emerging artists from across Greater Asia.”

Guided tours of the Farrer Park Company permanent collection are given daily by the One Farrer Lifestyle Concierges beginning at 3pm in the arrival lobby of One Farrer Hotel & Spa (private tours with a minimum of 6 persons may be arranged by appointment). There is no charge for the tour, which lasts approximately one hour.