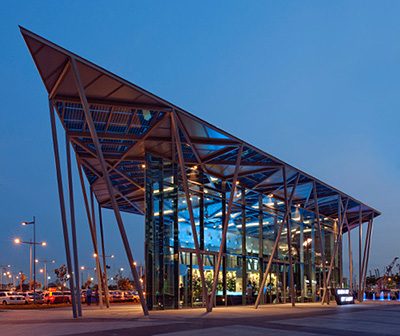 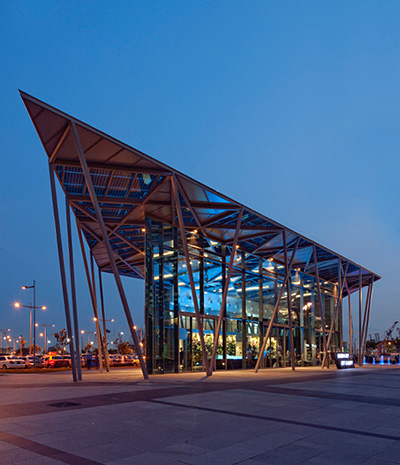 In 1955, the “Ständige Schau formschöner Industrieerzeugnisse” (Permanent Show of Elegant Industrial Products) was established in Villa Hügel in Essen, Germany. It evolved over the years to become the Red Dot Design Museum. Today, the Red Dot Design Museum in Germany presents the world’s largest exhibition of contemporary design. It currently houses around 2,000 international design objects in the former boiler house of the Zeche Zollverein Coal Mine Industrial Complex, all of which are award-winning design works from the Red Dot Design Award across three distinct disciplines: Product Design, Communication Design and Design Concept.

Over the last 12 years, the Red Dot Design Museum welcomed some 645,800 visitors and hosted more than 688 events. It also hosted 12 international design awarding ceremonies and welcomed more than 5,000 international designers from all over the world to its door. The museum was named one of the top 18 design and art museums in the world in 2012 by the Ppaper Business Magazine and continued to be featured by both regional and international magazines, radio stations and television every year.

The lease of the Red Dot Traffic building at 28 Maxwell Road ceased at the end of April 2017. The Red Dot Design Museum will relocate to the Marina Bay City Gallery at 11 Marina Boulevard in the last quarter of 2017. The gallery will undergo extensive refurbishment over a six month period.

Pursuing to be an exciting destination at Marina Bay, the Red Dot Design Museum will be the latest addition to the Bay as a design focal point, offering a world class museum experience, interesting design content and exciting design events.

The new Red Dot Design Museum will feature several galleries to host year round exhibitions of award winning designs. It will also collaborate with partners to host design related exhibitions and expand its iconic MAAD, Market of Artists and Designers, to be organised at the Marina Bay.