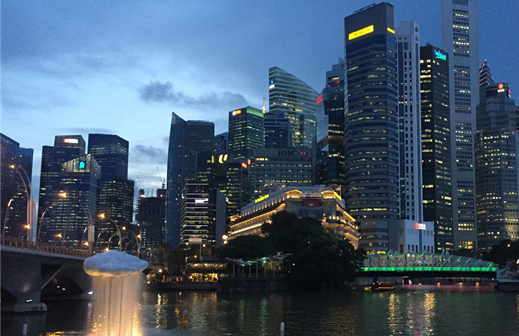 Inspired by the country’s vibrant development over the past 50 years, three unique art installations, titled 24 Hours in Singapore, Cloud Nine: Raining and The Rising Moon, were launched under the auspices of the National Art Council’s (NAC) Public Art Trust (PAT). The PAT is an initiative, launched in 2014, to bring art closer to Singaporeans and international visitors all across Singapore.

All three works are situated at strategic sites along the newly opened Jubilee Walk within Singapore’s Civic District. Located within scenic park spaces and close to historical and iconic landmarks such as Victoria Theatre and Concert Hall, The Arts House (the former Parliament House), Asian Civilisations Museum, National Gallery Singapore and Esplanade – Theatres on the Bay, the three installations allow the public to reflect on our heritage and identity while discovering the pleasure of their visual aesthetics. In time, NAC envisions that the artworks will inspire new shared moments and memories as they provide a common thread for conversation and enjoyment for everyone who encounters the artworks.

Marina Bay Sands (MBS) and the Real Estate Developers’ Association of Singapore (REDAS) are the first two corporate donors to partner the PAT to raise awareness and promote the development of public art in Singapore. Their strong support reflects how public art has the power to engage, initiate dialogue, create enjoyment, and revitalise Singapore’s urban spaces. MBS and REDAS have contributed $750,000 and $250,000 respectively. 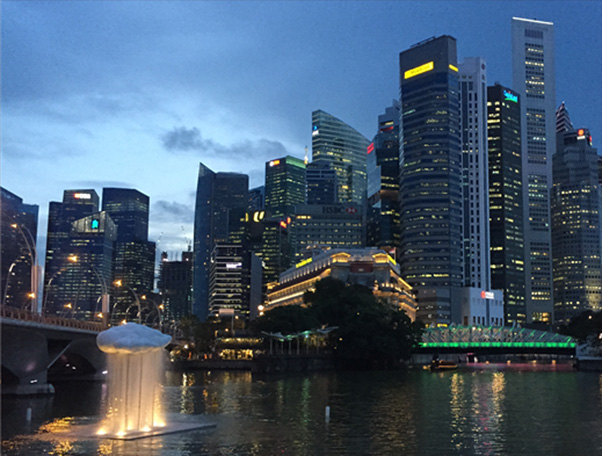 Cloud Nine: Raining is a distinctive and site-specific piece created to acknowledge Singapore’s quest for a more secure future through water self-sufficiency. The artwork, by Mr Tan Wee Lit, appears as a ‘cloud’ made of perforated stainless steel with a constant flow of ‘rain-fall’, seemingly defying gravity and floating above the water. This work is mounted on a glass reinforced polyurethane base and located at the Singapore River next to the Esplanade Park. 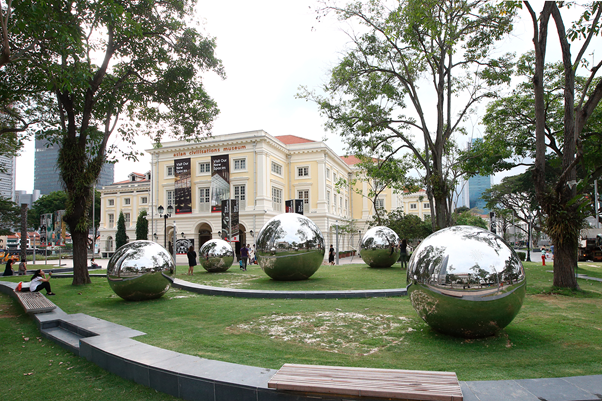 24 Hours in Singapore by Mr Baet Yeok Kuan is made possible with REDAS’ contribution of $250,000 to the PAT. It is Singapore’s first longstanding audio sculpture. Sited near the Asian Civilisations Museum along the Singapore River, passers-by can lean in to listen to recordings of life reflective of Singapore’s daily scenes, including the sounds of traffic in the heartlands, neighbourhood parks, wet markets, coffee shops and MRT trains, through five large, polished stainless steel spheres. 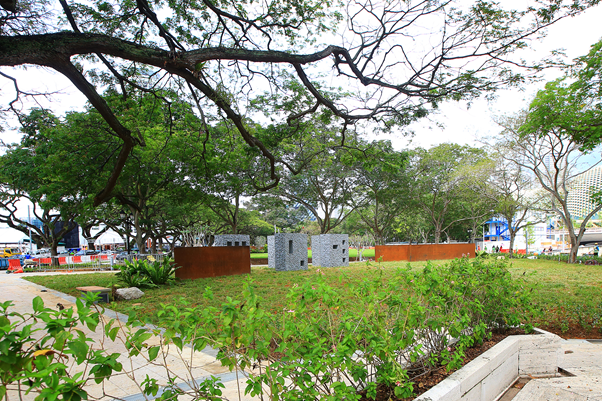 The third artwork, The Rising Moon, is a tribute to the role that the Singapore River has played in the country’s economic progress as a maritime nation. Located within the Esplanade Park, the installation by prominent artists Ms Han Sai Por and Mr Kum Chee Kiong is an artistic interpretation of Singapore’s national symbols – the five stars and crescent moon – and a reflection of the notion of nationhood and our timeless core values. Visitors to the Park are encouraged to move between the spaces of each sculptural element as well as to contemplate it from afar.

Members of the public can look forward to a number of tours led by the artists, who will share their inspirations behind their artworks, and introduce both old and new public art pieces along the Jubilee Walk. These guided tours will take place over three Saturdays in December and registration is required, please register HERE.