Cultural Medallion and Young Artist Awards 2016 Recipients have been awarded 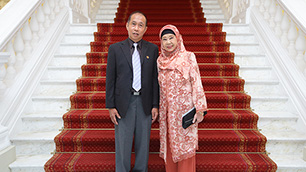 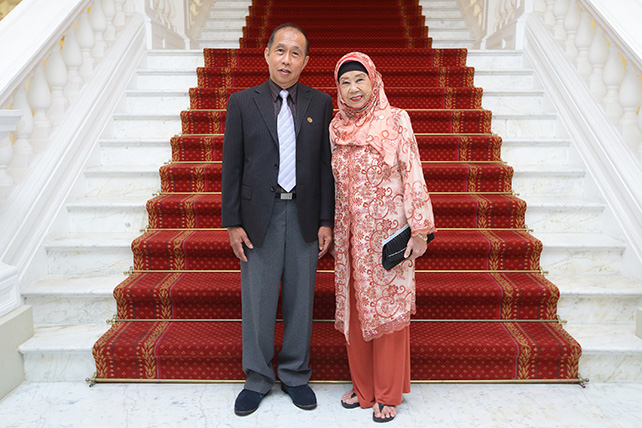 This year’s Cultural Medallion and Young Artist Award recipients’ achievements and contributions to Singapore’s art scene attest to our nation’s rich artistic talents. In their fields of practice, they continue the artistic legacies paved by our pioneers while breaking new grounds to broaden our artistic language and distinctive canon of Singapore works. With a heart for the wider community, each of them is committed to educating and mentoring the next generation of art makers. Their artistic journeys are further interlaced with a sense of responsibility to their fellow Singaporeans as they use their art to benefit different communities.

Two distinguished veteran artists, who have each made a significant impact in their areas of specialty received the Cultural Medallion (CM). The Young Artist Award (YAA) will also be accorded to five artists aged 35 years and below. 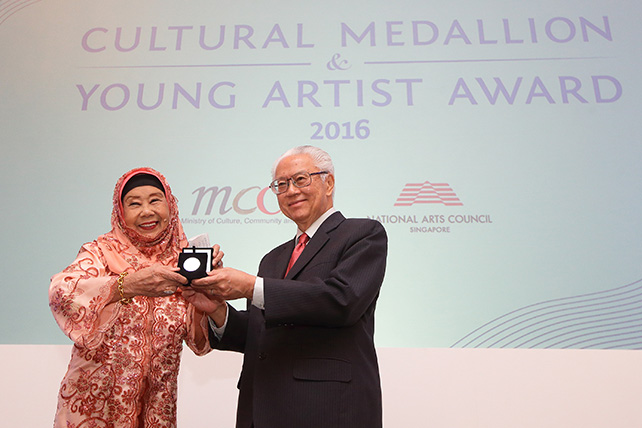 Koh Mun Hong is a Chinese calligrapher, poet and ink painter who has, over the past 40 years, exhibited locally and abroad extensively, won numerous prizes from Singapore and overseas, published several articles and groomed a whole generation of calligraphers, many of whom are also prolific. In 2008, he was highlighted by Chinese daily, Lianhe Zaobao as one of the best 10 Singaporean artists of that year.

Asiah Aman is a singer, actress, dancer, fashion designer and educator. She is recognised for her significant contributions to the Malay Film and Music scenes in the 1940s and 50s. During the golden era of the silver screen, she was one of the most popular singers and was the vocal coach of over 300 songs, many of which were composed by Zubir Said. In the 70s, she produced many children’s songs that are still popular today, including the “Selamat Hari Raya” song. Asiah also groomed several young talents who appeared on the iconic children television series, Mat Yoyo, which aired in the 1980s on the then Singapore Broadcasting Corporation. These talents included her son, the late Iskandar Ismail who was also a CM recipient, as well as other well-known artists like Najib Ali and Rilla Melati.

Alecia Neo works primarily with photography and installations to explore issues around memories, identity and peripheral communities. She has been commissioned for major platforms such as the M1 Fringe Fest (Unseen in 2014 and Goddess of Mercy in 2012) and Singapore International Photography Festival; as well as commissioned by major institutions like the Singapore Art Museum (SAM) for Sensorium 360 in 2014, and the National Library Board (NLB). Alecia was a winner at the Affordable Art Fair’s Young Talent Programme in 2012. She also won the Gold Award at the 2008 Crowbar Awards (Singapore).

Ezzam Rahman is a multi-disciplinary installation and performance artist. He was involved in The Artists Village, being the Vice President and President in various years. Ezzam was awarded the President’s Young Talent award in 2015 and also won the SAM People’s Choice Award. Ezzam is also a dedicated mentor and educator. Besides teaching at NAFA and LASALLE, he also facilitates community engagement projects. Ezzam has exhibited and curated numerous exhibitions in Singapore and overseas. He has also been commissioned by major institutions. For example, SAM commissioned him to create the work “Ouch!”, which was a series of miniature sculptures made out of dead skin from his feet.

Liu Xiaoyi is an actor, playwright, director and educator. He became a Resident Artist at The Theatre Practice (TTP) in 2004. He has also helmed TTP’s “The Practice Lab” since 2013. Xiaoyi is known in the scene for his experimental works. His self-directed play, “Fluid” (2014) won Best Script at the 2014 Life! Theatre Awards. He was also nominated for Best Director for the same play. Additionally, his other play “Citizen Pig” (TFP) was nominated for Best Original Script and Best Director in 2014. Xiaoyi set up Singapore’s first Chinese reviewers group, 众观 Re-Viewers, and serves as editor.

Marc Nair is a writer, poet and spoken word performer. He has produced six full length poetry publications, the most recent being “The Poet of Unlove” (2015), and “Animal City” (2014). Marc has also performed at major events such as the Singapore Poetry Slam, the Singapore Writers Festival, and Singapore Inside Out. On the international front, Marc performed at the 2015 LitProm Festival (Frankfurt, Germany), 2014 Queensland Poetry Competition, and the Makassar International Writers Festival. Marc was previously the Artistic Director for Word Forward and Musicity by The Creative Voice. He also conducts spoken word and podcasting workshops for secondary school and junior college students on an on-going basis. Marc was also a speaker at TedxSingapore in November 2015. He also won the First Prize at the 2015 Text in the City Competition organised by The Arts House.

Pooja Nansi is a writer, poet and spoken word performer. She is the author of two collections of poetry – “Love is an Empty Barstool” (Math Paper Press, 2013), and “Stiletto Scars” (Red Wheelbarrow Books, 2007). She is also the co-author of “Local Anaesthetic: A Painless Approach to Singaporean Poetry” (Ethos Books, 2014), which is a guidebook for teachers teaching local poetry in schools. Pooja has contributed to anthologies including “A Luxury We Cannot Afford” (Math Paper Press, 2014), and has also contributed poetry and essays to online publications. Pooja has also performed at the 2012, 2013, and 2014 Singapore Writers Festival, Singapore Literature Festival in New York (2014), the Ubud Writers and Readers Festival (2015), the Goa Literary and Arts Festival (2015), and the Kuala Lumpur Literary Festival (2007). 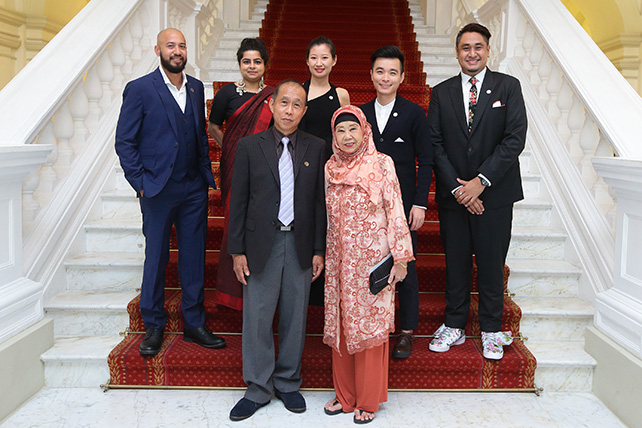