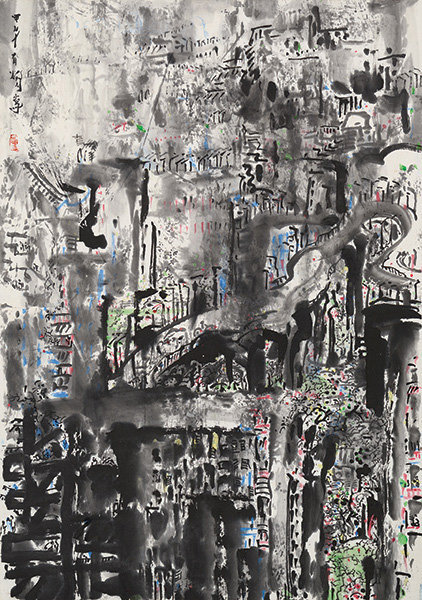 Sky One Art Investment Ptd Ltd has been a key provider of art consultancy services in Singapore since 2001. It has recently opened a new gallery in the iconic BreadTalk IHQ on Tai Seng Street, an innovative contemporary building that offers the perfect setting for their dedicated showcase of the works of acclaimed Singaporean artist Tan Oe Pang. The gallery aims not only to promote Tan Oe Pang’s work to both local and international audiences, but also to explore current artistic issues and highlight the significance of contemporary art in Singapore.

Tan Oe Pang is one of Singapore’s most celebrated and talented contemporary artists, whose works are sought after by collectors around the world. Tan Oe Pang was born and raised in Singapore and since childhood has been strongly influenced by Chinese culture. He trained under renowned Chinese ink artist Fan Chang Qien, a third generation master of the Hai discipline, from whom he acquired the fundamental skills that would inform the development of his particular style.

Tan Oe Pang’s trademark is his use of the ‘Haipai’ style, an amalgamation of both Chinese and western cultural influences that developed in Shanghai in the early 20th century. He is well-known for his daring use of traditional Chinese ink and vivid compositions – for instance, in his portrayal of modern urban subjects such as highways and skyscrapers – which mark him as one of the most innovative practitioners in the medium today. In addition to his cityscapes, his works include still life paintings, which match simplicity with thick freestyle brush washes, bold and impressionistically rendered animals, and landscapes that draw inspiration from Chinese paintings from the late Tang and early Song dynasties, with their focus on depth and open space. Tan Oe Pang’s oil paintings are also highly praised for their combination of techniques stemming from Chinese traditional painting, such as line drawing, bold freestyle expression and the use of white space, coupled with inspiration drawn from Western masters. In addition to his ink and oil paintings, Tan Oe Pang’s work also includes calligraphy, sculpture, seals and poetry.

Tan Oe Pang has exhibited widely, including in Brazil, Chile, Germany, Holland, Scotland, South Korea, Taiwan and the US. He participated in the 1985 International Biennial of Arts in São Paolo, the 1989 International Biennial of Arts Valparasio in Chile, the 1992 International Biennial for Ink Painting in Shenzhen, and in 2002 was invited to Beijing by the Beijing Art Institute to hold a solo exhibition. Long celebrated abroad, it was not until recently, however, that he has been given the recognition that he deserves in his hometown. This changed in 2011, when twenty of his ink and oil paintings were donated by Dr George Quek to Singapore’s National Art Gallery. The current exhibition at the Gallery by Sky One Art Investment Ptd Ltd marks another important homecoming for the artist, with an impressive collection of his works on permanent display.