Yong Wee Loon – Beyond the Back Alley: A Journey through 8 Cities 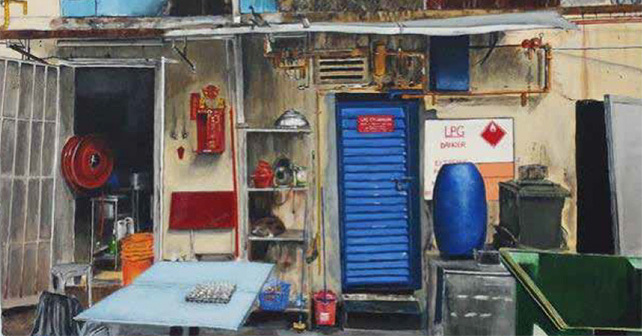 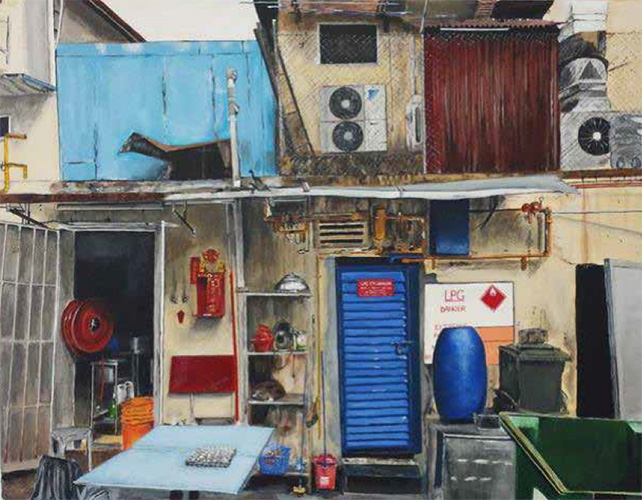 Originally from Malaysia, Yong Wee Loon is a global citizen with deep roots in Asia. At various times, home has been London, Hong Kong, Taiwan and for the past 14 years, Singapore.

In a series of 30 acrylic paintings and sketches developed over a period of two years, the 55-year-old captures images of eight modern cities in Asia, Europe and North America based on personal impressions.

The Penang foodstall hawker. The elderly Shanghainese lady having lunch in front of her house. The street graffiti of London. The old world charm of Singapore as reflected in the back alleys of Joo Chiat and buildings of Tiong Bahru. Each work of art is an authentic representation of the city that inspired its creation, yet not an immediately recognizable view. 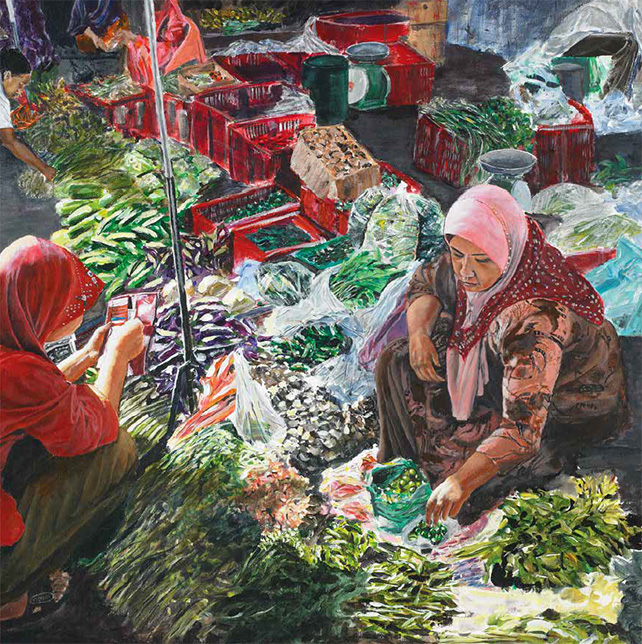 Using a range of artistic styles from spontaneous sketching to fine acrylic brushwork, Wee Loon brings out the character and flavour of each city in its most natural state and celebrates it with vivid colours and fine details to reveal not just the nuances of the city’s inhabitants, but also the associated architecture and landscapes.

For Back Alley, the artist’s starting point is often his hotel room. From there, he sketches city views and derives a sense of the city’s vibe. Out on the street, he walks with his camera and take many photos, always looking out for interesting compositions and snapping anything that catches his eye; be it an old woman sleeping, a pile of cardboard cartons or buildings typical of a particular era. 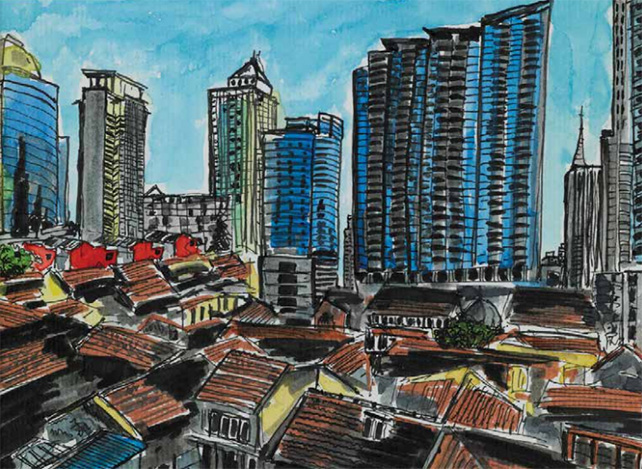